Teen tunes get the rap from censoring body

Teen tunes get the rap from censoring body

Recent albums by pop stars like Dong Bang Shin Gi and Rain have recently been rated “harmful for teenagers.” Korean authorities have been rating Korean pop songs since 1999, but this marks a rare case when they rated major hit songs as potentially harmful. By Kim Hyung-eun


Christmas shoppers were busy browsing through the CD and DVD section at Kyobo Book Center in Gwanghwamun, central Seoul, one recent weekday, hunting for the latest albums by their favorite artists.

But among the classical and Korean pop music shelves, one section was remarkably less active.

In fact, there was just a lone, middle-aged man looking through the season’s offerings.

Other buyers were put off by the sign in big, red tape: “Cannot Be Purchased by Those Under 19.”

Korean record shops have had this special section since 1997, in accordance with the Youth Protection Law.

Korean authorities categorize albums that contain songs with what they consider sensational or lewd material as albums that shouldn’t be sold to people under 19. 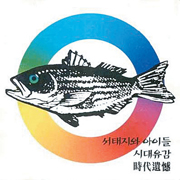 “Sidaeyugam,” a song from the fourth album by Seotaiji and Boys that came out in 1996 was the last song to be banned by the pre-release censorship that controlled Korean pop from the 1960s to 1990s.

Record companies are obliged to attach special labels, and record shops have to set up a separate area for those records.

But there was a rare sighting this time. At the top of the shelf were the latest albums by two major artists in Korea, possibly two of the most famous and successful pop singers in the country: Dong Bang Shin Gi, a boy band also known as TVXQ, and Rain.

TVXQ’s fourth album, “Mirotic,” has sold more than 482,000 copies as of Nov. 30 since its release in September, making it the best-selling album since Seo Tai-ji put out his seventh album in 2004.

Not only that, TVXQ won the Grand Award, one of the most prestigious awards in Korea’s pop industry, at the Golden Disk Awards last Wednesday.

Rain, an award-winning singer-cum-actor, released his fifth album, “Rainism,” in October, two years after his previous album. His return to the local pop scene made headlines, as he has focused on his career abroad for the last couple of years. He was in the Hollywood movie “Speed Racer” this year.

Just last month, the Commission on Youth Protection, under the Ministry for Health, Welfare and Family Affairs, categorized TVXQ’s Mirotic and Rain’s Rainism as “harmful material for youths,” along with 108 other recent songs. 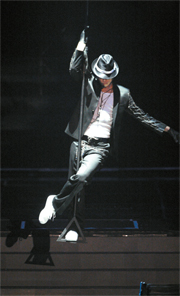 “Rainism,” a song by influential pop star Rain was rated harmful to youths for its alleged reference to a penis. [JoongAng Ilbo]

Since its launch in November 2006, the commission has passed the same verdict on 926 Korean songs, 529 so far this year, which is 50 percent more than last year.

The songs categorized as harmful materials for young people cannot be broadcast before 10 p.m. If they are not labeled according to the law, the record producers or music shop owners face fines or even imprisonment.

But in the decade since the rating system was put into operation, top acts have not been affected.

In Rainism, the lyrics that troubled the commission’s radar were “my magic stick that is rolling in your trembling body.” The members of the commission reckon the “magic stick” symbolizes a penis.

Others dismiss such an idea.

“Rain was working on his dances using a stick and that is how the phrase ‘magic stick’ came out,” Rain’s management company J.Tune Entertainment is quoted as saying. “It wasn’t the writer’s intention to imply anything provocative, but the commission has taken the lyrics on its individual discretion.”

But J.Tune Entertainment decided to accept the commission’s ruling and released a “clean version” of Rainism with revised lyrics.

As for Mirotic, the commission said the general mood of the song is highly suggestive and could have a negative impact on teenagers. But such an inarticulate explanation has both TVXQ’s producers and, of course, the fans furious.

“We will make a clean version in accordance with the commission’s administrative order, but since we cannot fully accept the ruling, we plan to make a provisional disposition with the relevant court to nullify the administrative order,” said an official with SM Entertainment, TVXQ’s management company. 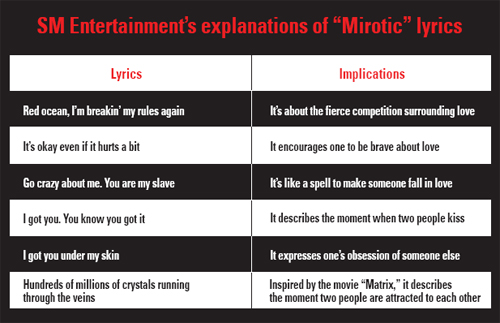 If SM Entertainment makes the provisional disposition, it would mark the first time the music producer has filed a claim against the authorities’ rating decision.

Immediately after the commission’s decision came out, TVXQ fans put up angry postings on the message board of the commission’s Web site (www.youth.go.kr). It’s been more than two weeks since the ruling was announced and a week after it came into effect, but the fans are still leaving such messages.

“You guys say you’re working for us, but how come you’re forbidding us the songs and singers we love,” Seo Han-ol wrote on the board.

“When we listened to the song, we didn’t have the ‘weird thoughts’ you had. I guess different people hear it differently, but few people hear it the way you did,” Kim Haeng-seon, another Web user, wrote.

At Agora, a major online discussion forum run by Daum, more than 15,959 people have signed a petition against the commission’s decision.

The latest incidence has triggered heated debate over the measuring stick used for rating music. Critics point to the effectiveness of the rating as it comes out weeks, even months, after the release dates of the albums.

“TVXQ’s album has sold more than 400,000 copies already. Plus, they’ve performed on TV many times. What’s the point of the rating at this point?” an official with a record company said, refusing to be named.

In response, the commission says its bigger goal is to red flag sensational media in general.

“There are three rounds of deliberation in total. It takes at least 26 days for the rating to take effect,” said an official with the commission. “We went ahead with our screening, hoping to present a social standard that can put a break on provocative materials.”

But reining in the spread of the song’s original versions online remains a challenge. The commission has ordered portal site operators to see if the songs rated as over-19 only are properly labeled and kept from teenagers. But one can still find their songs and music videos of the “unclean” version in the blogosphere.

The commission says it entrusts the job of online control to portal site operators. But controlling files that are posted on a real-time basis isn’t an easy task for the operators.

The limited number of rating authorities is another problem. While about 30,000 new songs come out every year, there are just 11 members in the commission, excluding several other monitoring officials and outside experts.

Opponents of the commission’s rating decision also underscore the issue of freedom of expression and creativity.

“This ruling will limit the artistic freedom of music producers,” said Seong Wu-jin, a music critic. “It’s like pre-release censorship has been reborn.”

This system was in place from the 1960s to 1990s when more than 380 Korean songs were banned for reasons like “alarming ideology,” “demoralization” and “Japan-oriented.”

In 1996, the song “Sidaeyugam,” loosely translated as “Regrets of the Times,” by Seotaiji and Boys, a popular boy band in the 1990s led by Seo Tai-ji, was also banned. The incident led to mounting public criticism and eventually to the demise of the pre-release censorship policy.

“Since the kind of harm they talk about is so subjective, they must present realistic standards,” said Kim Jak-ga, a pop music critic.

Concern about provocative material in the mass media has alerted some conservative parents. In the latest incident, singers Lee Hyo-ri and T.O.P. kissed during their performance, triggering a heated debate online. The kiss was pre-meditated, their management companies said.

Despite the ongoing controversy, the Commission on Youth Protection will have another round of talks this Thursday on some 80 new songs. If the members decide to rate some of them as harmful material for youths, another batch of CDs will soon find a new home on the red-taped shelves.