Racy royals fight to save a kingdom

Racy royals fight to save a kingdom 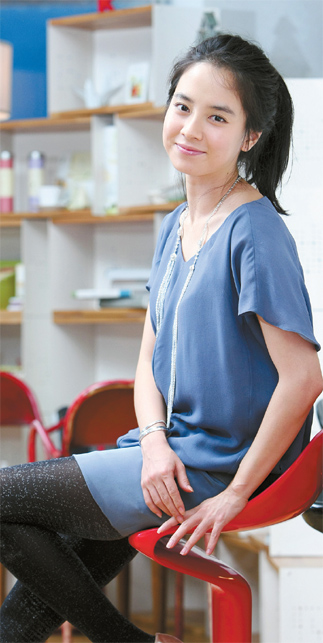 Song Ji-hyo plays the queen of Goryeo Dynasty in “A Frozen Flower.” [JES]

Racy royals fight to save a kingdom
The actress Song Ji-hyo, 27, isn’t afraid of baring her soul and herself for the sake of telling the story.

Song plays the undaunted queen in Yoo Ha’s “A Frozen Flower,” which will be released on Dec. 30. In the film, her husband, the king of Goryeo (Joo Jin-mo), asks her to sleep with his trusted head of security (Jo In-sung). The king has no male heir and he is terrified that his kingdom will be attacked by the Great Yuan Empire.

But the king has feelings for his bodyguard and when the queen finds out that her husband is confused about his sexuality, her jealousy is so great that she throws the peaceful palace into a state of catastrophe.

Despite the queen’s flaws, Song is drawn to her character.

“[The queen] is elegant, noble and decisive,” Song said. “She will do anything for her love, even if it leads to the collapse of her country.”

Song said she feels warmth toward the queen. “If I had the chance to meet her, I would first give her a warm hug and then ask her out for a drink,” Song said with a laugh.

When she first read over the script, she realized the story wouldn’t be complete without scenes that illustrated the passion of the central roles.

“The queen and the bodyguard have a special feeling toward each other after their first sexual encounter,” Song said. “But I would be worried if the sex scenes are all what viewers care about.”

Yoo, the director of the movie, is supportive of the actress now but Song said he bullied at first because he said she couldn’t act.

“I was really hurt by the director’s criticism,” Song said. “He said my acting ability was overestimated. I couldn’t disagree because a lot of what he said was true, to be honest.”

Later, Song got used to the director’s methods and now she is thankful. “No pain, no gain,” she said.

Song said she feels under pressure because she wants to prove herself. Even interviews with the media make her uncomfortable. This was especially so when she gave an interview to a local magazine before she had actually seen a preview of her latest film. It meant she wasn’t confident about talking about her performance.

Now that she’s seen the movie, she is brimming with confidence and has plenty to say for herself, proudly proclaiming that there isn’t a melodrama that touches the heart like this film.

“I’d be honored if I get good reviews and support from the public,” she said. After all, she had tried her best and she had overcome a great deal of inhibitions to play her part well.

“While playing this role, I realized that being an actress is a lonely job. No matter how much encouragement and advice you get, it all depends on you and how well you can act.”

In this performance, Song tried to be more restrained and fight back rather than shed tears. She was worried that if she expressed too much emotion, she would ruin her characterization.

She was of the school that less meant more, and that emotions held in check could be more powerful than on-screen blubbering.

Song was generous in her praise of her fellow players in this movie, the actors Jo In-sung and Joo Jin-mo. She said Jo had a warm heart and was very caring while Joo was a very supportive actor to play against.

She said that if they’d had time to spend an evening drinking together, they would have bonded even more, but they were under strict orders from the director to abstain from alcohol until the film was in the can.

The director wanted to deprive the actors until filming was over to enhance the suffering their characters experienced and thus make them more convincing.

Once again, Song had to admit, “No pain, no gain.”