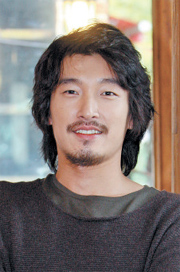 Many fans were surprised that he suddenly joined the army. According to PL Entertainment, Cho wanted to avert public attention and the date of his enlistment wasn’t announced in advance.

After five weeks of training in Nonsan, he will be stationed at an army camp, but the location hasn’t been decided yet. His service ends on Oct. 23, 2010.