Blade Man and the spirit of the sword

Blade Man and the spirit of the sword 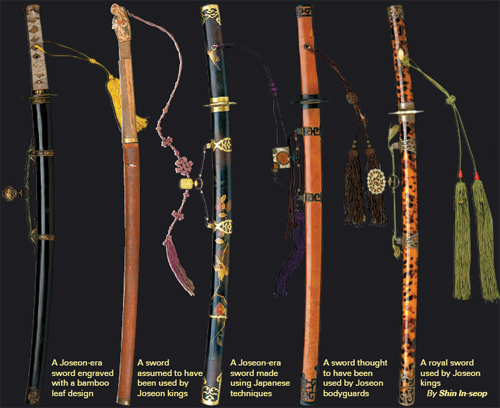 One aspect of Korea’s cultural heritage that tends to receive much less attention than ceramics, food, music and clothing is the sword.

Very rarely do historians, cultural experts and even tourism personnel devote much attention to this steely weapon and its bloody as well as its ceremonial legacy.

The head of Kyung-in Museum of Fine Art is an exception, though. Lee Seok-jae has accumulated a vast collection of swords, items of armor and assorted weaponry over the years. Here, he shares his insight with the JoongAng Sunday.

Q.There are said to be only 300 extant swords from the Joseon Dynasty. Why are there so few left?

A. There was a lot of looting by Japanese invaders in the past and many swords were probably sold to U.S. military personnel after the country gained its independence and the U.S. military maintained a presence here. Nevertheless, the fact that swords were expendable and distributed by the government played a big role. Unlike Japan, the government had a monopoly over the manufacture and management of swords, and the number of swords was not that big in the first place. When the country was lost to Japan during the colonial period [1910-1945], swords in the government’s armory became lost sheep.

How would you compare swords from Japan, China and Korea?

When talking about the overall level and finish it’s hard not to acknowledge the quality of Japanese swords. Swords manufactured by the Chinese government are also on par with Japan’s work. Our swords made by the government, especially those for formal ceremonies or for decoration purposes are very original, but I think the quality of the blade is less impressive.


During the Joseon Dynasty, the noble class liked literature and warriors favored the bow more than the sword, so the culture surrounding the sword was less developed. But modern Korea has companies like Posco Steel Works. Hypothetically, do we have the technology to make swords?

A kitchen knife company like Dorco could probably do a good job of making kitchen knives, but Posco isn’t making them because there isn’t any demand even for ceremonial or ornamental pieces. Nevertheless, when you talk about long swords used for battle, it’s a different story. We can’t even restore existing ones. It’s all based on assumptions or copying Japanese swords.


Your love for swords has resulted in the establishment of a research arm within the Kyung-In museum. When did your interest in swords begin?

My family was always interested in martial arts. We had real swords in our house as well. Sometimes my father would allow me to take a closer look at them. I still remember how I had tears in my eyes when I saw swords with dented blades, but when I was young I was more interested in the use of swords rather than the sword itself. When I went to Yonsei University, my interest in swords started to kick in. 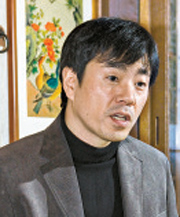 We heard that the Kyung-In Museum of Fine Art is in possession of 12,000 different weapons and items of armor. You must have spent a considerable amount of time and effort putting the collection together?

We have probably the biggest collection when it comes to weapons and armor. We tried to get an Eo Do [a sword used by the king] at a Sotheby’s auction, but we failed. Then we found out after several years that the sword was in the country. After two years of negotiations with the owner we were able to get it. But it’s not ours to take. It belongs to the whole country, really.

Combat swords are made for killing people. When you handle swords, do they give you the creeps?

Sometimes that’s the case. I believe there’s a spirit within a sword. When someone moves house, sometimes they ask to borrow a sword to repel the evil force that might be lingering there. Some of the swords that I have collected were from tombs. I get a chill and my hair stands on end when I take the sword out of its sheath. In most cases, such swords have residues of grease left. After killing a person, the grease was used to wipe off the blood and the grease just clotted up. And some blades are slightly bent.