Everything you ever wanted to know about sci-fi

Everything you ever wanted to know about sci-fi 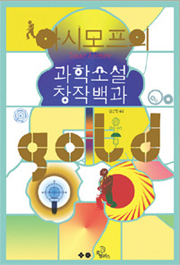 Isaac Asimov is one of the most widely read authors of all time.

In his five decades as an author, he wrote more than 500 books in various genres, such as scientific educational books, science fiction, fantasy, Shakespeare studies, mystery, history and literary criticism.

Gold was published in Korea in 1996, but there were many omissions. In any case, the book soon went out of print, and the writer’s fans could only find copies in secondhand bookstores.

However, a new edition of the Korean version of Gold has been published. It contains not only the original work, but also a chronology of Asimov’s life and detailed commentaries from three local science fiction writers. It is a kind of guide to writing science fiction for wannabe authors as well as an interesting primer for a beginner who is about to start reading this genre.

The book is divided into three sections in the form of encyclopedia entries. The first section entitled “On Science Fiction” contains Asimov’s introductions to various sci-fi short stories plus his thoughts on the genre itself. He explains the concepts in detail, such as ‘’Inventing a Universe” “Flying Saucers and Science Fiction” “The Robot Chronicles” “[Alien] Invasion” and “The All-Human Galaxy,” which Asimov and other writers constructed over many years.

The second section, titled “On Writing Science Fiction,” contains Asimov’s essays aimed at would-be writers who dream of seeing their own stories in print.

Asimov here reveals his thoughts on writing, explaining his way of plotting, how to get ideas and how to build suspense. He also comments on plagiarism and revisions in the second part.

The final section consists of 15 short stories that weren’t published until after his death, humorous tales that touch on the profound and the humane. Of particular note is the eponymous story “Gold” about a writer who gambles everything on a chance at immortality. Gold shows both Asimov’s admiration of Shakespeare’s tragic King Lear and his view of cinematic adaptations of his own stories. The story won the author a Hugo Award, which are given out each year to the best works of science fiction or fantasy.

Slightly differently from the original 1995 Gold’s table of contents, the Korean version tries to give readers insight into the science fiction that Asimov wrote best, after a lifetime of honing his craft. After introducing “What science fiction is” and “How to write science fiction,” the book presents Asimov’s short stories for readers to contemplate in terms of the newly acquired insights. That’s why the stories are positioned in the last part of the Korean version.

Gold obviously deals with complex scientific knowledge, but readers are unlikely to be bored. Asimov is, if anything, a very witty writer. He brags about his popularity, but not in an cheeky way.

While explaining “Inventing a Universe,” he says he is one of the “Big Three” science-fiction writers in the world and he is afraid many young writers will be overshadowed by his achievements. And then he adds, with tongue firmly planted in cheek, that he and the other Big Two writers have shaped the genre and given it its edge.

However, you soon realize his bragging is actually a means of drawing in readers so that they can better understand the tricky concepts in the stories.

Gold is packed with scientific knowledge and lets readers know what science fiction meant to Asimov.