[TALK OF THE TOWN]Watch out world, Korean singer and actor are ready for discovery

[TALK OF THE TOWN]Watch out world, Korean singer and actor are ready for discovery 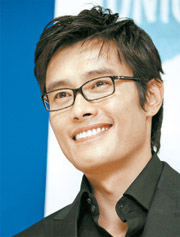 Rain and hallyu star Lee Byung-hun (right) have been “discovered.”

The Discovery Channel announced Monday that it filmed a documentary featuring the two stars in Seoul recently.

Filming Rain took place mainly in Hongdae in northern Seoul and Cheongdam-dong in southern Seoul, where he was presented as a dynamic and youthful person.

Lee was portrayed as a more romantic figure, and his scenes were shot in quieter areas like Insa-dong and Samcheong-dong in central Seoul.

Hip Korea will be broadcast on the Discovery Channel in Australia next month, New Zealand and Southeast Asia in February and Europe in May.