New phenomena are emerging as households cut back on spending and more people get laid off in these dark economic times.

Notable trends are occurring on the education front, long thought to be the last stronghold of traditional values. Believe it or not, Korean families are cutting back on the amount of money they spend on their children’s education.

Winter camps, for example, are much less busy than usual. Kim Byeong-jin, an official with Camp Country, an umbrella organization for a number of camp activities, said parents are definitely cutting back.

He pointed out that in an online survey conducted in October and November of this year, only 60 percent of the surveyed parents said they were planning to send their kids to a camp this season.

“Reservations are down by half,” said the official. “As the bad economy continues, I think parents are afraid to open their wallets. Even parents who send their children to one or two low-priced camps are now thinking it’s better just to send their kids to one solid one.”

A standard two-night, three-day camp inside the country usually commands a price tag of 250,000 won ($191.25) but in case of English camps taking place abroad, the price has surged by 10 percent due to the weakening won. 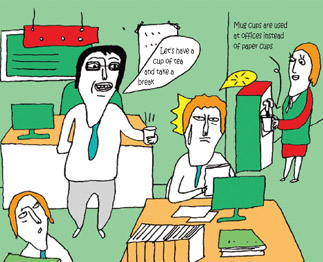 Cha Gyeong-shim, an official with YBM Education, said demand for high-priced “leadership camps” that cost around 600,000 won to 800,000 won have been reduced but that the drop isn’t as bad as expected.

“In case of families that send their kids to both English and leadership camps, this year there is a tendency to send students only to the English camp,” said the official.

With the worsening economy, crime is on the rise. In July, police in Suwon nabbed three people a father, his daughter and her husband for stealing rebar.

The father, only identified by his last name Kim, argued that he was trying to sell the bars because they were just lying around a construction site. 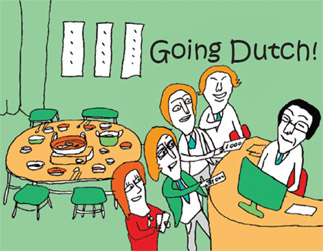 According to the police, the number of larceny cases has been steadily on the increase. In 2005, cases of theft stood at 188,000 but the figure has risen by 10 percent since then.

“We are seeing more cases of theft involving food items, clothing and cheaper items,” said an official with the police. Earlier this month, a man in his 40s was arrested for stealing fuel from two parked vehicles. 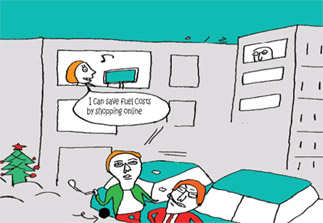 “Most of the time, the reason for family troubles is the worsening financial situation at home,” said the professor.

Meanwhile, loan sharks are swimming in snap-happy waters. In 2006, 876 people were charged with illegal loan-sharking but this year alone till the third quarter that number has jumped to 3,711.

People desperate for money are also more prone to engage in gambling, looking for that elusive big win.

Last year, only 248 people were apprehended for illegal gambling for the month of October. Already 1,681 people have fallen into that category this year during the same period.

Cho Byeong-in, a researcher at the Korean Institute of Criminology explained that the destruction of human relationships caused by economic hardship is the major cause for an increase in crimes. 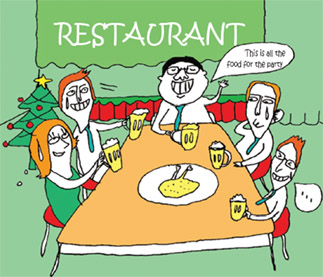 “Traditional and stable human relationships tend to become unstable or destroyed and then people who lose a certain role do unusual things or engage in crime,” said the researcher.


A cup of tea and then you’re fired

Nowadays, getting a friendly invite from your boss to have a cup of tea is viewed as the equivalent of getting the pink slip. At foreign financial firms that have been slashing personnel, employees are trying hard not to meet the eyes of their superiors, afraid they might hear the much dreaded, “Shall we have a cup of tea?” call that has been a precursor to clearing out your desk and taking an early bus home. It goes like this: You get the invite, you go out to a cafe, you get fired, you go back to the office and you start gathering your personal belongings.

Often you don’t even have time to say goodbye, although your co-workers might be reluctant to look you in the eye, worried that associating with you might bring them bad luck.

Customers and consumers are tightening their grip on wallets.

When times were good, customers were often free with their money. The owner of a Gyeonggi restaurant that sells fried chicken pointed out that customers who ordered one dish would soon order other dishes as they saw fit. “Before, a glass of beer became two. A plate of chicken led to other side dishes. Nowadays, it’s one dish of chicken and a glass of beer and that’s it. There is no spontaneous ordering anymore,” said the owner who only wanted to be identified by his last name Kim.

“Needless to say the number of customers has dropped. Even those who come are very tight in spending their money.”

Paper cups are disappearing in every office because companies have started to view them as unnecessary expenses. Essential office supplies such as pens and paper are also bought in smaller quantities. Usually around this time of the year, departments are busy and in an upward mood over scheduling a year’s end party, but this year offices are actually very quiet. Companies are also cutting back on sponsoring such events. What used to be a party at a hotel has been scaled back to a modest gathering at a nearby bar, if there’s any celebrations at all.

When it comes to paying, going Dutch for dinner at small office gatherings has become the norm.


Space is all around, but no renters

An owner of two office spaces at Singal, Gyeonggi, is losing sleep because there aren’t enough people able to rent.

“I’ve lowered the monthly rent from 3 million won to 1 million won, but there are still no takers,” said the man who only wanted to be identified by his last name Kim. “When I think of all the empty office space I can’t sleep. Not at all.”

In another case, an office building in Yeoksam-dong, southern Seoul, is 70 percent empty but the construction company has decided to stop all marketing efforts to get a tenant as under current conditions, it would be hard to get someone interested.

The joke is that being in the signboard business would be much better as signboards advertising available office space can be seen everywhere.

Recycle City, a shopping mall that exclusively sells secondhand goods, is seeing an increase in demand these days.

Those shops that buy used office furniture from outgoing businesses have seen sales increase by 15 to 30 percent.

However, not every secondhand item is readily available.

For instance, used home appliances are in demand but not many people are selling as plans to buy new products have been delayed or even scrapped.

Online shopping is also becoming more popular, as housewives opt to shop online in order to save fuel costs on a trip to the local supermarket outside of walking distance.


Stay home, there’s no work to do


Samsung has given its workers the day off after Christmas Day, meaning they get a long, four-day weekend. Many manufacturing companies have followed suit as inventory levels are only rising with a sluggish economy.

In the case of a textile company in Busan, a four-day workweek has already been enforced for the past two months because of the lack of business. Employees are not welcoming the forced break and are mostly opting to stay home, citing a lack of money.

Also with industries such as the automobile sector announcing cuts in the workforce, the overall mood among employees is down, as nobody is certain about the future employment situation.

This is indeed what people mean by “down” time.