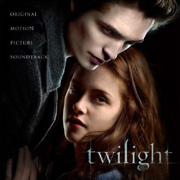 Of all the films released this year, “Twilight” was likely the most successful in creating a memorable mood. Its soundtrack similarly excels in evoking the film’s darkness, dynamism and dreaminess.

The album gets off to a slamming start with Muse’s “Supermassive Black Hole,” an ass-kicking ode to masochistic love. Paramore, the band of redheaded hellcat Hayley Williams, keeps the energy alive with its two tracks.

But those who loved Twilight’s softer side will enjoy later offerings. Star Rob Pattinson brings us the lovely “Never Think.” The best is Iron and Wine’s ethereal “Flightless Bird, American Mouth,” a rare hi-fi tune from one of today’s best indie bands.

The soundtrack is a sampling of the melodramatic, emotive rock that characterizes present-day adolescence - it’s the perfect playlist for a kaffiyeh-wearing teen girl with black nail polish. By Hannah Bae