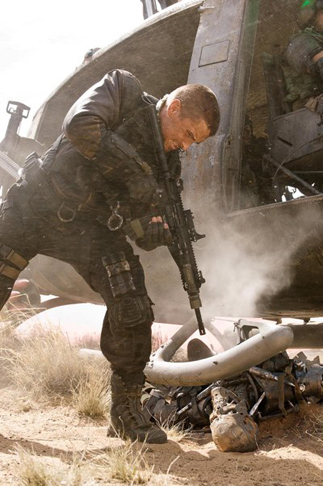 The “Terminator” series will be resurrected this year with “Terminator: Salvation” starring Christian Bale. Provided by Cine Seoul

Hollywood studios are looking to big-budget sequels, including “Star Trek” and “Harry Potter,” to reverse this year’s decline in movie attendance and ticket sales.

Revenue of $201 million for the three days after Christmas failed to lift 2008 sales past last year’s record $9.68 billion, according to researcher Media By Numbers LLC. Sales for the year will drop about 1 percent to an estimated $9.60 billion, buoyed by higher ticket prices. Attendance will decline 5.2 percent.

Hollywood’s fortunes may improve next year with the return of proven franchises, including Warner Bros.’ “Harry Potter and the Half-Blood Prince,” the sixth in a film series that has generated $1.41 billion in U.S. ticket sales, according to Box Office Mojo LLC. Familiar titles may keep theaters filled as the industry faces recession and the risk of an actors’ strike.

“When you look at the movies that are already in the schedule, that have built-in audiences, there’s certainly a chance 2009 could rival 2007,” Rob Moore, president of worldwide marketing at Viacom Inc.’s Paramount Pictures, said in an interview. 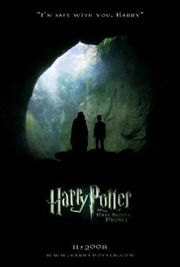 Studios will release at least 17 sequels in 2009, according to Los Angeles-based Media By Numbers. The list includes a revival of the “Terminator” films, also from Warner Bros. The new “Terminator: Salvation,” features Christian Bale, star of Warner’s 2008 Batman sequel “The Dark Knight,” the year’s biggest moneymaker with domestic sales of $531 million.

In May, Paramount will release “Star Trek,” the 11th film based on the 1960s television show. The new installment, directed by “Lost” producer J.J. Abrams, focuses on the early careers of Captain James Kirk and the crew of the spaceship Enterprise.

Sales for the Christmas weekend rose 7.9 percent from $186.3 million a year earlier, according to Media By Numbers. “Marley & Me,” from News Corp.’s Fox, was No. 1 with sales of $37 million over the three days, beating the Adam Sandler comedy “Bedtime Stories” and the Brad Pitt drama “The Curious Case of Benjamin Button.”

For the four days including Christmas Day, sales were $276 million. There are no comparable four-day figures for 2007 because the holiday fell on a Tuesday.

Revenue in recent years has been bolstered by higher ticket prices. The number of tickets sold has dropped in five of the past six years, falling to 1.33 billion in 2008 from 1.41 billion in 2007. The average price rose 4.7 percent to $7.20 from $6.88 last year, according to Media By Numbers.

Hollywood would probably have surpassed 2007’s record if Time Warner Inc.’s Warner Bros. hadn’t changed the release date of the new “Harry Potter” film from November to July 2009, Media By Numbers President Paul Dergarabedian said in an interview. The first five films in the series have generated an average of $282 million in sales.

Warner Bros. said in August it was moving the film to fill a schedule gap created by the 100-day strike by the Writers Guild of America. The studio is closing out 2008 in first place, with record box office sales for the year, according to Dan Fellman, head of distribution.