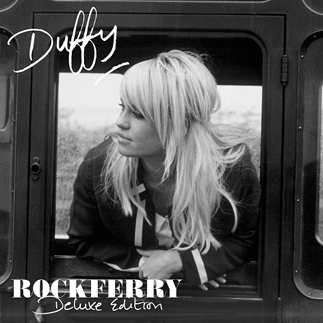 Her debut album was the U.K.’s best-seller of 2008 while across the Atlantic she’s in line for a Grammy award next month, so I guess Welsh singer Duffy is kind of a big deal.

Travelling down the retro road and invoking inevitable comparisons with Amy Winehouse (but with a more subdued personality) Duffy has been labeled everything from the new Norah Jones to the new Dusty Springfield.

But there’s nothing new about her sound. Channeling 1960s soul with a Motown-feel, producer Bernard Butler has given Duffy the perfect platform for her husky voice to move listeners at lower registers, even if she underwhelms a touch when hitting the highs.

The album’s heavily-produced tracks have a certain cinematic quality too, ensuring they’ll pop up in a host of soundtracks (which they already have). Singles “Mercy,” “Rockferry” and “Warwick Avenue” hint at kind of tragic love over soaring choruses that sound familiar on the first listen.By Cam Graham