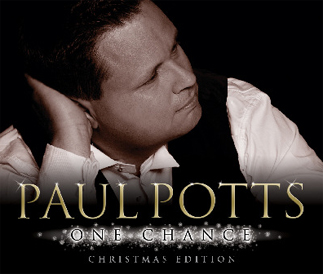 After winning “Britain’s Got Talent” in 2007, amateur tenor Paul Potts sold over 2 million copies of “One Chance” and has performed before audiences all over the world. Thing is, he’s very ordinary.

Of course, he’s miles better than any of us, but as a recording artist and performer among the ranks of recent critically acclaimed tenors working the opera circuits and festivals, his achievements are out of proportion to his talent.

Sure, he hits the high Cs in “Nessun Dorma,” the first track on Pott’s debut album, but there’s no beauty. Listen to Mario Lanza’s recording or, of course, Pavarotti’s, and hear the difference. “Time to Say Goodbye,” a title Potts might give some thought to, is a bland, soulless copy of the track of Andrea Bocelli’s signature rendition of the song, which is a big hit at funerals. I can’t see Potts continuing now the novelty has worn off. Let’s hope Britain’s got more talent than this.By Michael Gibb