Asian Cinders are tough and not very charming

Asian Cinders are tough and not very charming

The laws that popular Cinderella stories, particularly those in Korea, Japan and China, cannot be disputed.

For starters, the Prince Charming character has to have the wealth, blue-blood background, stellar looks and other superstar qualities. When they appear, the wow factor has to shoot off the dial.

Another characteristic of the male characters in modern-day Cinderella tales is that they are rude, selfish, and chauvinistic and couldn’t care less what others say.

The female characters in these hot-selling Cinderella stories in Asia tend to be tough girls, not particular attractive and perhaps clumsy and a little dull. But they boast other qualities: delightful, compassionate, optimistic, honest and diligent. 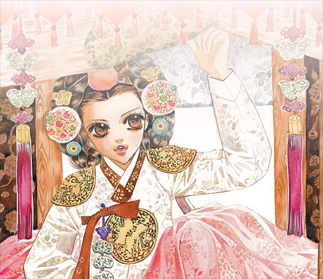 Case in point: Candy from “Candy Candy.” In her theme song, she sings, “lonely or sad, I’ll never cry.” Another reference is Makino Tsukushi from “Boys Over Flowers,” a working-class girl known as the weed among the rich kids at her elite school.

There is also a formula for how the relationship unfolds between Cinderella and her prince. At first, the male characters treat their female counterparts with cool disdain. But soon after they find themselves oddly attracted to them, thinking, “She’s different from the girls I usually meet.” Eventually they reach a rather macho conclusion: “You’re the only thing that I cannot have in the world, so I’ve got to have you.”

The process is equally hilarious from the girls’ perspectives. They are not at all interested in the guys at first. They even resist them and play hard-to-get for as long as they can. Often there are “good guys” who somehow notice the girls’ not-so-obvious attractiveness. But in the end, the girls make a rather unreasonable choice to go back to the obnoxious princes.

In addition, there are mean girls who make fun of the unattractive Cinderellas. In fact, picking on the main female characters seems to be their only reason for living. In most cases, the mean girls are richer and/or prettier than the Cinderellas and the two compete for the princes.

Eliza from Candy Candy battles Candy to win the heart of Terruce, the male character in the comic, is a typically mean girl. But often these baddies play a part - small or big - bringing the hesitant Cinderella and the prince together. In that sense, they are pretty miserable characters, forever destined to be unloved.