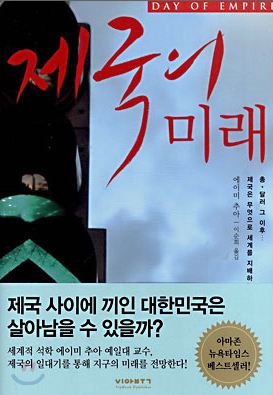 All world powers in history prospered by a strategy of tolerance and inclusion.

They embraced and exploited diversity and difference, enacting a policy of tolerance that enabled empires to reign for as long as the did.

That’s what Chinese-American academic Amy Chua argues in “Day of Empire: How Hyperpowers Rise to Global Dominance, and Why They Fall.”

She says that empires such as the Persian, Roman, Mongolian and British to the current hegemonic U.S. maintained power by accepting minorities, diversity and tolerating differences in culture.

They began to crumble when the superpowers became too exclusive and stopped being receptive to new ideas.

Chua, the John Duff Jr. Professor of Law at Yale Law School in the U.S., writes from the point of view of a Chinese immigrant who grew up in the U.S. and achieved a successful career in a country that thrives on multiculturalism.

Her concern, based on the direction of U.S. foreign policy over the past decade and more, is that her adopted country might be accelerating toward a more intolerant society.

Chua’s larger historical preoccupations arise from her own biography.

Her Chinese parents came to the United States from the Philippines, where they had grown up and lived under Japanese occupation.

She writes that the book is a tribute to America’s tolerance but also a warning against empire building and using the military to achieve regime change and remake other nations by imposing American-style institutions.