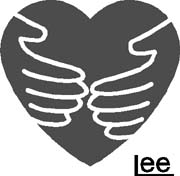 The new teacher writes a poem on the blackboard. A boy stares at the back of her neck, splendid as ivory.

His breath comes to a stop and so does his heart.

Puppy love is not the sole heartache of the adolescent years.

The boy is the main character in the 2000 film “Plum Blossom,” directed by Kwak Ji-gyun.

Many cannot forget these touching and soothing words from the movie and some still ask about the poet who wrote the poem.

The words are quoted from “In Falling Snow,” a 1950 work by the late poet So Chong-ju, who used the pen name Midang.

The snow-covered world in the poem is all embracing and overflowing. The soft snowfalls are like “the arms of the Fates ... the green hills too being carried down.”

The words “It’s ... all ... right,” according to literary critic Lee Nam-ho, are words of wisdom and healing from someone in the family offering you support during times of despondency.

The late poet Chon Sang-pyong in 1998 discovered that his liver was so devastated that he wouldn’t live more than a week. Four months later he was still alive, and even published a book of essays, titled “It’s Alright. It’s Alright. Everything is Alright.”

The poet had embraced his life, anguished with poverty and illness as it was, with a kind of self-fulfilling prophecy.

With “awe-inspiring honesty,” Chon’s attitude to life often embarrassed friends, who were absorbed in their own problems, another critic noted.

Writer Kim Hoon went to see Chon when his “wretched worn-out life felt too heavy and weary.” He was comforted by Chon’s all-embracing equanimity.

Gong Ji-young’s book, “It’s Alright. Everything is Alright,” is a bestseller.

The lunar New Year’s holiday will be here in a week.

The cold won’t feel that cold and hunger may not be so unbearable when we share these words of comfort with our families at the Lunar New Year celebrations.