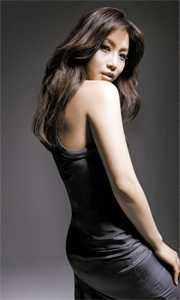 She’s back on the local music scene with her second album, “Chopin and the Girl,” which follows her first, “The Sound of Dream” in 2007.

The music on her latest record goes beyond the confines of a single genre.

She’s created her own sound with its own characteristics. 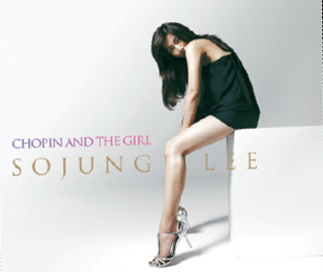 The singer/songwriter has rearranged some of Chopin’s music and added lyrics.

In fact, she rearranged all 12 songs on the album and wrote lyrics. Lee is accompanied by pianist Bae Jang-eun plus a full band: drums, bass and guitar.

“The album rounds up who I am,” Lee said in a recent interview at a restaurant in Samgakji, central Seoul. Her big eyes twinkled during the whole interview as she chatted about her crossover album.

“It [the album] is more emotionally deep than you think. There’s a story that lies within,” she said. Her 10 years’ experience in the local and Broadway musical scene has helped shape the album, adding layers of emotional experience. Lee was the first Korean to star on Broadway in 1998 when she took the role of Kim in “Miss Saigon.”

Reflecting her life as a musical star, the lyrics of the album silently convey a story that only she knows in her heart.

“You have to listen to understand what I mean,” Lee said while humming her album’s first song, “Let Us Be.”

The vocal song is based on one of the most famous pieces of Chopin’s music, “Fantasie Impromptu.”

The serene and classical melodies of the pianist turn jazzy, musical-like and full of story once Lee adds rhythm and sings over the piano accompaniment. “Evocation,” the sixth track on the album, is a rare combination.

“The two [poem and classical song] are totally different in character, but they fit perfectly together,” Lee said. It was a huge discovery for her to find that combining literature and Chopin’s melodies worked well, she said.

Lee’s musical instincts were honed when she was attending university in Hawaii.

During that time of her life, she felt lonely because her family was back in Korea.

She was often homesick and Kim’s poems were a great comfort.

“Chopin and the Girl,” the last song on the album list, wraps up her musical story.

“The girl I had once known used to play this song./ By now, she must be about my age, no more than a girl./ But I’m sure she’s still in love with him./ With Chopin.”

Although Lee hasn’t named any specific dates for promoting her album, she’ll probably perform sometime in the summer. She said she also has plans to put on shows in New York and Japan.