More than just a place to read, libraries symbolize freedom

More than just a place to read, libraries symbolize freedom 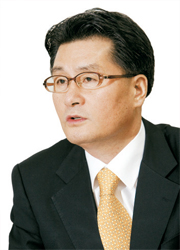 Yoo Jong-pil, the chief librarian at the National Assembly Library, recently visited 20 libraries and related organizations in the United States and Japan.

He shares his impressions below:

You’ve said that libraries in the U.S. and Japan act as a watchman for democracy. What do you mean exactly?

On side of the wall in “Newseum,” a museum of news in Washington, D.C., there is a quote by Abraham Lincoln. “Let the people know the fact; the country will be safe,” it says. The motto of Japan’s national library is a verse from the Bible: “The truth will set you free.”

Libraries should offer precise and fair information to the people, a way to fulfill democracy.

How were the libraries there different from libraries here?

The libraries in the United States and Japan were part of people’s everyday lives. Public libraries in New York, for example, were never silent. They were full of life. People continuously held discussions about books.

I even saw a volunteer senior citizen with a long, white beard reading storybooks to children at the library.

What’s your opinion on worldwide libraries forming a global network and sharing information through digital means?

Currently, the National Assembly Library in Korea is building a network of sharing thesis papers online with countries abroad. We are sharing information channels with the U.S.’s Library of Congress, Yale University, Stanford University and the Korean Cultural Center in England. During my recent visits to the United States and Japan, we talked about expanding the channels to major cultural centers in other cities.

Yes, but very few. There were Japanese- or Chinese-born librarians in public libraries in the United States but I hardly saw a Korean one. This is because there are very few Korean books. Taking into fact there are some 600,000 Koreans living in New York, there should be more Korean books available. 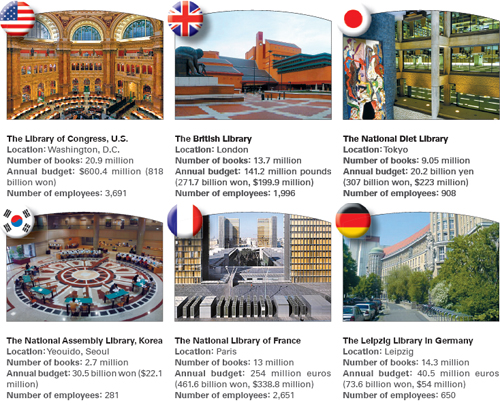