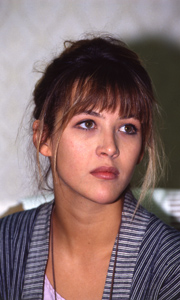 
French actress Sophie Marceau is due in Korea early next month to promote Chaumet, the historic high-end French jewelry brand that she models for.

Fans of the actress might be interested to know that Marceau will be arriving at Incheon International Airport in the afternoon on Feb. 10, subject to last-minute changes of plan.

Marceau has been to these shores three times before to promote her films, including “Fidelity” in 2000.