Pick up the phone

Pick up the phone 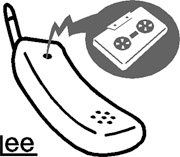 Japan’s 84th Prime Minister, Keizo Obuchi, had received many nicknames during his political life until a fatal stroke abruptly ended his term in 2000. The Japanese media pinned him as a mediocre leader who started office as the least popular choice by the ruling Liberal Democratic Party in 1998.

In The New York Times, the noted analyst of Japanese politics, John F. Neuffer, described Obuchi as having “all the pizazz of a cold pizza” to refer to his dull and unimpressive leadership style.

Former premier Yasuhiro Nakasone characterized him as a “vacuum prime minister” more in praise of his political style of absorbing and embracing talent as well as confronting the ideas of others than as a mockery of his unimaginative tolerance.

Despite few memorable traits, Obuchi had a knack for reaching out to people, epitomized by his casual habit of ringing up reporters and supporters - a practice dubbed the “buchi-phone.”

Over the phone, Obuchi would have casual conversations with critics, supporters and the public regardless of social and party affiliation. He would call a critical reporter to thank him for “letting him know” such an opinion and seek advice. He would call an opposition party member to apologize for lacking details when earlier answering questions.

His habit of reaching out to touch the public helped his public approval rating soar over 50 percent from 20 percent when he first came to office, leading The New York Times later to comment that “a cold pizza can be successfully warmed up.”

In remarks after a memorial service for Obuchi, former U.S. President Bill Clinton said his Japanese counterpart left a legacy of touching many hearts by making more than 50 calls a day to people he didn’t know.

Clinton had been a fan of phone-calling politics as well. He would personally call Republican Party members to cajole them into supporting contentious bills. Clinton also left office with a higher approval rating than the level he started with.

But the call recipients were all ruling Grand National Party members and government officials and the phone calls were taped messages. The move would have been touching and notable if it was aimed at opposition party members. The act of communication may have been the same, but the sensitivity and philosophy behind it not quite so.