Selling the experience of food

Selling the experience of food 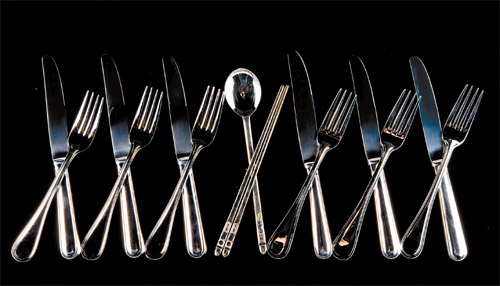 In the third and final part of our series on the globalization of Korean food, local and international food critics offer ideas on how Korea can successfully compete with other international cuisines and turn local dishes into global favorites.

The first question we served up for these culinary experts to chew over went straight to the heart of the issue: How would they approach setting up a restaurant in Paris, New York or London?

Melissa Clark, a food critic in New York and a chef who contributes regularly to The New York Times, said in an interview that Korean cuisine needed to change its current image in order to be more appealing abroad. “People here think Japanese food is very healthy, and Korean food is heavy - all the beef in a Korean barbecue versus the fish in the Japanese food we usually eat. So Korean food would need an image change to make it here,” said Clark.

“The frustration in eating Korean food out is that most of the Korean restaurants are BBQ places, and they are very smoky because of the grills on the tables. You walk out smelling like you’ve been smoked yourself!” 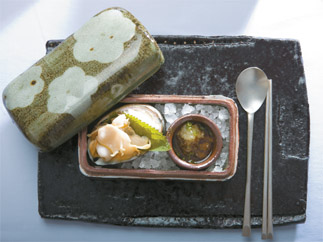 One of the signature dishes at Poom restaurant in Seoul.

She also suggested that it wouldn’t be a bad idea to diversify the existing menu to offer a wider food experience. “They [restaurants] seem to have similar menus - barbecue, bibimbap [mixed rice with vegetables], kimchi, japchae [glass noodles] and some sushi. I’m sure there is more to Korean food than this but we don’t see it! The plus side of Korean food is the strong, intensely garlicky and chili-laden flavors. The turnoffs are when the food is too intensely garlicky and spicy - there needs to be a balance for me to like it.”

Charles Cointreau, the Asia director and head of the top culinary school Le Cordon Bleu, said the different regional flavors are one of the strengths of Korean food. He said galbi (beef ribs) or bibimbap dishes from Andong, North Gyeongsang, could be developed into food courses that tease out regional highlights.

“Even the various traditional beverages feature a different flavor depending on the region. You have to exploit this,” said Cointreau.

“Nevertheless, the biggest turnoff is the smell. Non-Koreans often find the strong smell of kimchi too much to handle the first time. I would improve the ventilation system drastically or develop a tableware device that can conquer the smell.”

As is often the case, the quality of the dish alone is rarely the determining factor in providing a pleasant food experience.

Service is vital, according to Marc Millon, an American food critic who resides in London.

“My Korean diner would hire native English-speaking waiters and waitresses, ideally 2nd or 3rd generation Koreans or Korean-Americans or British-Koreans, who know about Korea and its culture but who can communicate this easily to their own generation in Britain or America,” he said.

What many experts said was that in order to raise the international profile of Korean cuisine, the government and private sector had to join forces because efforts today are hampered by the lack of a coherent, sustained and informed message.

“There isn’t enough data on existing restaurant chains operating here. Also, you need to analyze the markets in China, the United States and Japan separately,” said Choi Kyu-wan, a professor of management at Kyung Hee University.

Lee Sang-man, an official at the Ministry for Food, Agriculture, Forestry and Fisheries, said the government and private sector are wasting their time because no centralized body to oversee food promotion activities exists.

Lee added that Korean cuisine had a very traditional image, which dampened the enthusiasm of companies and entrepreneurs who want a trendier product.

Won Jeong-hun, an official at the food company Sun@Food, which operates several restaurant chains in Korea, stressed that a hybrid brand of Korean cuisine had a chance of succeeding but some preconditions needed to be met first in order for private companies to gamble.

“In the case of fusion Korean cuisine, which could become a profit model, it needs to be decided whether government support is possible,” said the official. “The key factor would be how one would interpret what Korean cuisine is, as this would allow more flexibility.”

Won warned that companies that were thinking of entering the market needed to first undertake comprehensive research.

“In the United States, there are different laws for each state. If you go in without a plan, you will face difficulties. Some countries even regulate the height and width of the bathroom,” he said.

As with just about everything today, it’s all about marketing.

Yang Hyang-ja who heads the World Food Culture Center in Seoul, which runs international cooking classes, emphasized that restaurants have to sell more than just the dish to customers.

“What we need right now is a ‘story’ to tell that goes with the food. Japanese cuisine became popular worldwide because the story of Japanese culture was attractive to Europeans,” said Yang.

“Our food is specialized naturally according to the region but there is no system in place to develop it further. The government needs to discover native local foods and specialize and support them in order to be competitive on the international stage.”

Yang pointed out that just serving food in a restaurant would not be enough to attract interest. She said that everything surrounding the food, from the interior to the quality of the food and service needed to be coordinated.

“People like the overall atmosphere of having experienced an unknown culture rather than the food taste itself. A restaurant needs to become a place that displays a total picture of Korean culture,” she said.

Those who have tried directly to enter the market with Korean food items say that aiming for mass appeal with the right price and easier-to-cook items is another way of making Korean cuisine appeal to foreigners.

“Most Korean restaurants abroad try to appeal as a luxury restaurant, and many end up as a mere venue for Korean tourists. I thought it was important to create a Korean fast food chain that, like [Vietnamese restaurant chain] Hoa Binh, is a place where anyone can come and eat while the cost is easy on the wallet,” said Lee.

“We don’t cater to Korean guests but we have targeted the local citizens and that is reflected in our taste as well.”

Rather than strictly trying to uphold traditional Korean cuisine, he favored a more flexible approach, which makes it possible to introduce food dishes such as gimbab [rice rolls] and other cheaper dishes that are just as healthy as their more pricey cousins.

Meanwhile, the world waits with interest to see how Korea proceeds on its journey to promote its national cuisine.