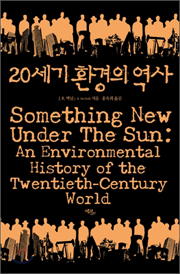 Something New Under the Sun

On Dec. 4, 1952, during an extremely cold winter in England, a freezing fog fell on the country’s capital, trapping air pollutants from hundreds of thousands of smokestacks.

The Great Smog, as it became known, claimed at least 4,000 lives in less than a week, and many more later, from primarily respiratory diseases.

This catastrophe convinced any English people still holding out against moves to restrict the use of coal stoves in the home that it was time to clean up the skies.

At about the same time, Gamal Abdel Nasser took over the Egyptian presidency by way of a coup in 1952 and started building the Aswan Dam along the Nile River.

The downside, however, is that salt accumulated in the soil, affecting the sardine, shrimp and fishing industry in the Mediterranean Sea.

In short, Nasser destroyed a 5,000-year-old irrigation system that brought critical benefits to people living in the area.

His dam threatened the very livelihood of people who relied on the fish of the river to survive.

In 1977, the Canadian government declared an exclusive economic zone in the Grand Banks, southeast of Newfoundland.

The fishermen, with the support from the government, used high-tech equipment to catch a million tons of fish a year during the 1960s.

Today, fish stocks have been depleted and 25,000 Newfoundland fishermen have lost their jobs.

With detailed analysis of these eco-disasters, J.R. McNeill, a historian at Georgetown University in the U.S., explains in “Something New Under the Sun: An Environmental History of the Twentieth-Century World” how humans have seriously harmed the earth’s 4.6-billion-year-old ecosystem in a very short period.

During the 20th century, the Earth’s population has increased fourfold, industrial production 40-fold and the world economy is 14 times bigger than what it was in 1900.

The bad news is there is 13 times more carbon dioxide in the air and we use nine times more water.

Oh, and we’ve lost 20 percent of our forests, not to mention the untold losses the earth’s flora and fauna have had to endure.

McNeil’s book serves as a “health chart” for the earth, a dystopic diagnosis for our planet’s future.

But it’s almost as if the situation has become so dire that no one solution seems capable of fixing the problems that we have created.

The author briefly mentions in the book it’s important to speed up the movement toward using clean energy, restricting population growth and expanding the education opportunities for women in poor countries.

He looks at Korea as a case study that has met with some success.

During most of the 20th century, Koreans were as poor as the poorest Africans but the so-called economic miracle in the 1960s dragged the country out of poverty.

Korea had to pay a great price, which was air and water pollution caused by rapid industrialization, but the country’s accumulated wealth enabled the country to start tackling its environmental problems.

Instead of providing a definite solution for the current environmental crisis, the author gave some advice: We all need to think about what is happening.

There are no easy solutions but by contemplating what has happened in the past and by studying the impact of past catastrophic incidents, we can see what the future might hold for our planet - and how we can change it.

Something New Under the Sun