How Bush tricked the entire world

How Bush tricked the entire world 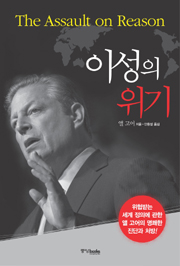 The Assault on Reason

In the United States presidential election of 2000, Democratic candidate Al Gore, then vice president, was arguably more eloquent in the televised live debates than his opponent, Republican George W. Bush.

But his pedantic manner was a turn-off to some, and he lost the election despite winning the popular vote. Perhaps because of his manner, Bush was elected even though he did not have much insight into the issues of the day.

In 2007, Al Gore’s eloquence came forth again, this time in his book “The Assault on Reason.” His book is an appeal to the American people, and fortunately, in a rather less pedantic way than seven years ago.

The Assault on Reason starts by excoriating the Bush government, which Gore believes deceived U.S. citizens and the world with conspiracies and threats. When Bush ordered the attack on Iraq in 2003, seven out of 10 people blindly believed that Saddam Hussein played a role in the events of 9/11.

Al Gore speaks of an America in danger. He argues that people fell for Bush’s deceit because Americans have fundamental problems with their communication system. He insists that the media - especially television - is dominated by people with vested interests, capital and power. These people misuse TV, a one-sided medium, to turn public opinion against reason and discussion.

Gore is ruthless in his attack. He says that Bush used “the language and politics of fear” to attack reason and consolidate power. His administration connected Saddam Hussein with 9/11 more with rhetoric than evidence.

The government forced officers to bury evidence contradicting the claim that Saddam Hussein had developed weapons of mass destruction.

PR specialists, hired by the administration, ceaselessly inculcated the people with a phobia of terrorists and terrorist activity in collusion with media owners. Any journalist who tried to investigate the truth was completely blocked by Bush’s persistent political expediency, under the guise of national interest.

Gore further contends that Bush increasingly relied on “special interests,” such as those represented by the Iraqi exile Ahmad Chalabi before the war, and ExxonMobil on the climate crisis, allowing information from these sources to shape policy.

As a result, the U.S. is now facing a financial crisis and has lost its international credibility. But in terms of suggesting remedies, Gore’s argument begins to get weak.

He suggests that the Internet is one way to save U.S. democracy and return to reason. Although the Internet hasn’t yet reached the status of TV, it will play an integral role in allowing people to participate in politics because of the nature of its interactivity.

Gore appears to have overlooked the more troubling aspects of the Web, like the way misinformation can spread faster than facts, and its ability to fuel partisan warfare. He also insists that “a reasonable world” is one in which elite leaders exchange information, hold discussions and somehow reach agreement.

This theoretical utopia excludes real, live relationships such as family, friends and neighbors. This casts Gore as a typical elitist politician rather than one who can really approach the public.

Nonetheless, The Assault on Reason haunts the reader by revealing the avarice and ambitions of the vested group to which Gore himself actually belongs. At the same time, he suggests a way for the U.S. to go forward: by restoring a democracy which will guarantee the public’s right to participate.

Based on Gore’s eight years as vice president, this book, written with his stinging tongue and extensively researched, is a compelling read, even if it engages in the worn-out pass time of Bush-bashing.

The Assault on Reason