Busan gets a classical soundtrack

Busan gets a classical soundtrack 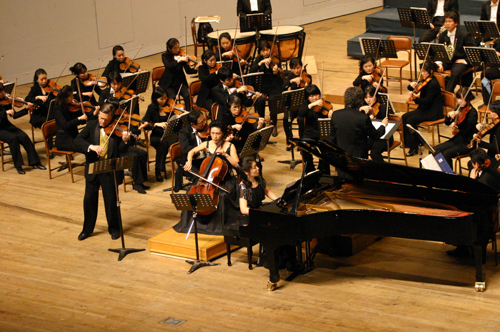 One of the concerts at last year’s Busan Music Festival.Provided by the organizer

Korea’s southern port city of Busan is known for many things, from its beautiful sea vistas and fresh seafood to its growing film festival. But for the last four years, a young, ambitious event has been seeking a spot on that list: the Busan Music Festival.

Now in its fifth year, the event has strived to rekindle classical music lovers’ interest in chamber music.

The organizers say this year they have “prepared a tempting feast of delicious” musical stylings.

The program includes a solo recital by Vietnamese piano sensation Dang Thai Son, who was the first Asian to ever take the first prize in Warsaw’s International Chopin Piano Competition, and a concert dedicated to Felix Mendelssohn to mark the 200th anniversary of the German composer. 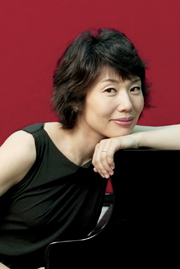 Other notable names on the list are violinist James Buswell, cellist Chung Myung-wha, and pianists Jerome Lowenthal and Tak Young-a.

Here is an excerpt from an e-mail interview with artistic director and pianist Paik Hae-sun.

Q. You have participated in the Busan Music Festival every year. Why do you have such a special affection for this event?

A. I believe Busan has excellent hardware - its scenic beauty, world-class hotels and concert halls, delicious food and convenient transportation. It has all the qualities to become the perfect venue for musical events, but hasn’t really utilized them until just recently.

I realized that when I participated in the Ibach Chamber Music Festival, held in the city in 1996 and ’97. That’s what prompted me to participate in organizing and promoting this festival. I think Busan is so versatile that it is, in fact, the source of my inspiration. When you encounter the winter sea in Busan, it’s pretty overwhelming.

What do you think differentiates the Busan Music Festival from other music festivals?

For starters, Busan Music Festival has programs specifically for musicians and music students from the city. When we first launched this festival, we wanted to make it a true chamber music festival. Today, it’s grown not only to encompass that, but also includes performances by the Busan Philharmonic Orchestra and other local musicians. Also, the festival brings in international maestros from around the world, making it a perfect chance for music students who want to go abroad to further their studies.

You will also be playing Beethoven’s complete sonatas for piano and cello with cellist Laurence Lesser.

We will be playing the entire collection, the five sonatas. Through them, we can get a glimpse of how Beethoven’s musical philosophy has changed over the years. Lesser is also a great teacher. We will share with the audience our take on the pieces, how we felt when we first heard them and what we think of when we play. We hope the concert will be intimate and interactive.

What are your tips for enjoying the festival?

It’s important to do some research before appreciating classical music. Unlike pop or crossover music, you need some knowledge to really enjoy it. So I recommend that people listen to the albums beforehand - learn about the composer, who he or she is and to whom the song is dedicated. If they do that, they’ll never feel bored, and are sure to be deeply moved by the music.

The fifth Busan Music Festival will be held from Feb. 12 to 22 at various venues in the city of Busan. For details, check out the festival’s official Web site at www.busanmusicfestival.com.