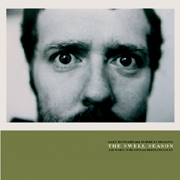 If you spent a lot of time at university sitting in grotty student living rooms, drinking cheap booze and having existential arguments, as someone bashed out an appropriately soul-searching tune on the guitar, this album will take you back.

“The Swell Season,” a collaboration between Irish musician Glen Hansard and Czech pianist and singer Marketa Irglova, was released in August 2006, although it hasn’t hit local shelves till now. You might, however, recognize songs like “Falling Slowly” and “Lies” from the soundtrack of the hit indie film “Once.” This was their debut.

The first few tracks are poignant and introspective but somehow hopeful. Even the darker songs like “Drown Out,” with its piteous refrain of “cry alone, and die alone, pray alone, and stay alone” are not quite wrist-slashers. But just when the tunes are mellowing out, the album spirals to a suicidally depressing end. It’s the perfect soundtrack to an angst-ridden mooch when you think life is pointless and love has cruelly passed you by. By Jill Thomas