Are Koreans opening up about sexuality?

Are Koreans opening up about sexuality? 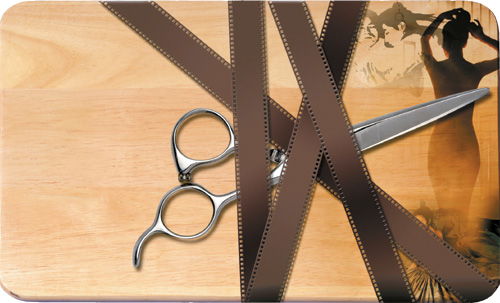 These days, all of the above goes in Korean entertainment. But in the courts at least, Confucian values still hold sway over Korean society. 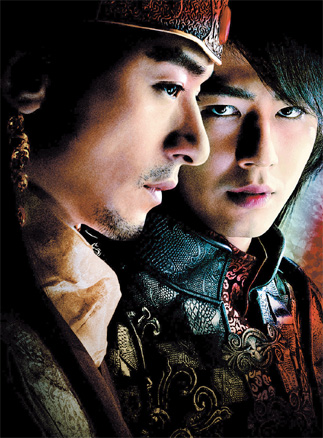 A scene from “A Frozen Flower” (2008), which featured explicit homosexual love scenes.

Just three months ago, the Constitutional Court tossed out a petition filed by an actress for the dismissal of an earlier ruling charging her with adultery. This law, which only exists in a few countries today, has been in place here for more than half a century.

Yet if the entertainment industry is anything to go by, Koreans appear to have moved on, not necessarily embracing sexual topics in public but certainly comfortable enough to be more open compared to the past.

Remember that in 1970s Korea, police officers patrolled the streets taking tape measures to miniskirts to stop females from showing too much flesh.

A telling sign of changing social values is the movie “A Frozen Flower,” which opened in December and broke the record for attracting 3 million viewers in the shortest time (19 days).

This is considered a remarkable feat as the local movie industry is struggling. But the film attracted hordes of viewers over the Lunar New Year holiday, ranking in the upper echelon of movies people wanted to see.

For an affair that lasts more than two hours, the plot is simple, a standard love triangle played out during the Goryeo Dynasty.

The queen, played by Song Ji-hyo, is ordered by the king to sleep with the chief of the royal guards, played by Jo In-seong, in order to conceive an heir to the throne. This develops into a love affair.

But here comes the hitch: The king (played by actor Ju Jin-mo) and the chief of his royal guards are also in love. The movie includes an explicit sex scene between the two never seen here before.

What’s more, the people marketing this movie have taken pains to emphasize this story line - the movie’s official tagline reads: “A forbidden love that shook history.”

Not too long ago, an unspoken rule in the local movie industry was that homosexuality was a topic to avoid for commercial as well as social reasons.

The first big commercial film to break this rule was “King and the Clown” (2005), which drew more than 10 million viewers. But the homosexual angle was less obvious and the director only dropped subtle hints. Above all, marketers didn’t stress the point, nor was it one of the movie’s main themes.

By Brian Lee Staff Reporter
Not so with A Frozen Flower, say movie critics like Han Chang-ho.

“The Korean movie industry is at a point where taboo subjects such as homosexuality are being explored more freely because movie producers know that the general social perception of such subjects is gradually changing,” says Han.

“Still, I would say that whatever sexual content we are seeing is more geared toward marketing the film than being artistic expression. It’s like having a new toy and wanting to play with it. People are testing the limits.”

He predicted that with time, today’s newfound sensation will become par for the course.

“What we see here is a very common thing in Europe where the level of expression regarding sex is very much open,” Han said.

Apart from its homosexual sex scene, the movie’s heterosexual lovemaking sequences are also longer, more frequent and featuring a level of nudity beyond anything Korean cinema has offered so far.

While it’s not triple-X material as far as public viewing goes, the movie comes with a “restricted for youth” label, banning anyone below the age of 18.

Many moviegoers agree that the scenes are quite bold for something shown in a public theater.

“I went to see the movie with people at work and I thought it was a little bit embarrassing,” said Park Yeon-jeong. “Except for a full frontal shot, I think it got everything.”

A Frozen Flower is not alone in testing the uncharted waters of public reception toward sexuality.

The movie “Portrait of a Beauty,” released in November last year, depicts the life of the Joseon painter Shin Yun-bok and is based on the premise that the painter was a woman disguised as a man.

Movie experts compare this trend to action movies, where people want more explosions and more blood for every new movie coming out.

“It is a reflection of the changing social picture here but it is also an attempt by the movie industry to cash in by catering to a new curiosity,” said movie critic Shim Young-seob.

And perhaps even the government is loosening up after all.

Last month, the Supreme Court ruled that a “restricted” rating on the U.S. film “Shortbus” (2006) by John Cameron Mitchell should be lifted.

The movie’s distributor, Sponge ENT, had filed a petition last year challenging the ruling as Shortbus has won six awards, including the audience award at the Athens International Film Festival and the best feature award at the Zurich Film Festival.

The Supreme Court’s decision followed an earlier ruling in July last year by the Constitutional Court stating that the “restricted” label was unconstitutional.

The Supreme Court further recommended that the Korea Media Rating board revise the law in question by the end of this year because current regulations are too vague and leave too many movies subject to restrictions.

Officials at the board say that any changes to the rating system would also reflect social changes.

“We are going to look into several factors that include various laws but also the overall atmosphere in society,” said Park Gyeong-ri, an official with the board.

“We do realize that times have changed but we will be careful in setting new standards.”

Shim points out that at least initially when the wall comes down, Korean cinema will experiment relentlessly with its newfound freedom.

“I would not be surprised to see some movie directors trying to show full frontal nudity. And when that happens initially it will be a sensation because it’s something new,” said Shim.

“But there will be also a lot of criticism from within the movie industry on the necessity of it.”

But even without the revised rules, observers say the barriers surrounding sexuality have already crumbled significantly.

“Showing the 69 position is very, very avant-garde for a big commercial movie,” Shim said, referring to A Frozen Flower.

Current law dictates that all movies need to be screened before being released. There are currently five ratings levels, the strictest being the “restricted” label, which dictates that the movie can only be shown at designated places that only show restricted material.

A movie deemed “restricted” cannot be advertised on TV or in magazines. It is, in essence, a death sentence for a movie and a strong tool for movie censorship as there are no such special theaters in the country - all of them have shut down due to an inability to make any profits.

Well aware of what a “restricted” rating can do to a movie, local filmmakers are shy about testing the limits. Last year, all five movies that received the dreaded label were foreign films.

One person that has stood at the center of controversial sexual issues is the openly gay actor Hong Seok-cheon, who believes that with maturity will come acceptance.

“The movie industry will probably explore the new venue and then it’s back to normal,” said Hong.

When Hong came out of the closet in 2000, Korean society was shocked to the core. Since then, his career has been like a roller-coaster ride.

First, the phone stopped ringing as nobody was willing to offer him work. He went into hiding, and contemplated suicide.

Today, he has plenty of work, has published a book on how to become financially independent - he owns several restaurants in Itaewon - but above all he is comfortable being in public.

“It’s not that people are crazy about anyone being homosexual, but the idea is out and being accepted that you can be different,” the actor said.

While the movie industry is rapidly evolving, the music industry is still battling with current laws that it feels are outdated.

In December last year alone, more than 100 songs were slapped with the label “harmful material for teenagers.” This means they cannot be aired on TV or on the radio, and the albums cannot be sold to those under the age of 19.

The song “Rainism” by pop star Rain was among the unlucky, as the government-run Commission on Youth Protection ruled that the reference to a “magic stick” in the lyrics was a metaphor for the male genital.

Often, artists that face such restrictions change the problematic lyrics to get on air. But many see this measure as a mere paper tiger as songs do not get an advanced screening - they are labeled after their release.

In addition, most songs that are red-flagged often see a jump in sales, fueling the argument that performers sometimes use provocative language knowingly to get more publicity and boost sales.

Music critic Lim Jin-mo resigned from the commission at the end of last year, calling it outdated and urging officials to adapt to the changing times.

Putting all opinions aside, the conservative lid that has been in place for such a long time is coming off slowly.

There’s no doubt that the country has come a long way since the tape measures of the 1970s, and viewing or listening to sexual content is becoming increasingly a consumer’s choice.

The fact that the country is one of the most wired countries on Earth may have accelerated the process.

There is no stopping now.