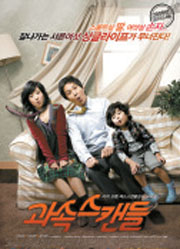 The comedy flick, starring Cha Tae-hyun and Park Bo-young, has seen great success in local theaters, attracting more than 7 million moviegoers. The film revolves around a man in his mid-30s suddenly being informed he is a grandfather.