What makes a genius?

What makes a genius? 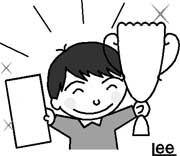 Clint Eastwood’s 2008 film “Changeling” starring Angelina Jolie was inspired by a true story about a mother whose kidnapped son is returned but later discovers the boy is not hers.

In Western European folklore, a changeling refers to an elf child, or a child secretly exchanged by fairies for the offspring of an elf or a troll.

In medieval times, children born with deformities or inexplicable behavioral problems were regarded as the offspring of non-human creatures and thus tortured and cast aside.

Children of extraordinary talents were also deemed abnormal. A child prodigy, wunderkind in German, according to the German-language encyclopedia Brochhaus, refers to a child excelling normal intelligence and physical maturity to achieve success and acclaim.

But in those times, anyone unusual was believed to have been endowed with monstrous gifts, and therefore eyed with suspicion and terror rather than awe and wonder.

Wolfgang Amadeus Mozart was a recognized prodigy who, many scholars argue, changed the general view of children with extraordinary talent. Mozart started to compose and play the piano for European royals at the age of five.

Older contemporaries regarded his achievements with disbelief, saying an adult really did the work. However, he did set a prodigious exemplar and standard, spawning offspring of children to declare their precocity and exceptional skills. Behind some of them were overbearing parents who ended up ruining their children’s lives.

Professor Lewis Terman, a prominent scholar on the study of intelligence, in 1920 embarked on a landmark study on 1,500 children with an intelligence quotient, or IQ, of over 150, by following their childhood and adulthood over a span of 70 years.

An extraordinary boy was discovered in a TV quiz program last week. Fifth-grader Shin Jung-han gave correct answers on foreign affairs and took home 41 million won. The whiz kid liked reading more than eating and claimed to have read more than 3,000 books. He didn’t have time for tutors because of reading.

He would be classified a genius by Dr. K. Anders Ericsson, who claims hard work, not IQ, makes a genius. The ingredients to make a genius, according to Ericsson, are: 1 percent inspiration, 70 percent hard work and 29 percent solid upbringing.

Inspiration and hard work are up to the individual, but society can provide a good environment to nurture special talents like Shin.


The writer is a deputy economic news editor with the JoongAng Ilbo.