Shooting stars in the snow

Shooting stars in the snow 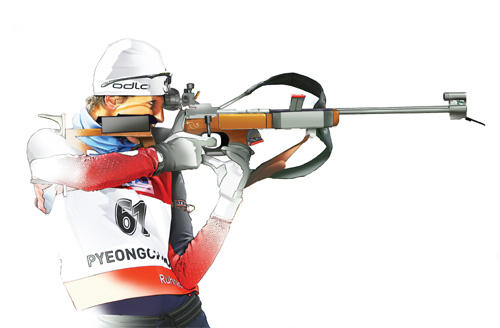 From today, all eyes will be on
Pyeongchang, Gangwon, for a shootout in the snow.

The 2009 Biathlon World Championships are on at the Alpensia Resort today through Feb. 22.

It’s the first time that the International Biathlon Union has chosen an Asian city to host the event, according to organizers, and the city is expecting over 600 athletes from 40 countries competing in 11 categories.

Although not a familiar sport in Korea, biathlon - which literally means a combination of two sporting events - is huge in northern Europe, particularly in the Scandinavian countries.

The winter sport, comprising cross-country skiing and rifle shooting, originated in the Norwegian military as a form of training. It is demanding and a real endurance tester which also requires a high level of concentration.

Biathlon basically consists of cross-country skiing around a track a number of times with two to four shooting rounds at designated shooting lane stations in prone and standing positions.

Each shooting round consists of five targets which turn from black to white when hit. The way the shooting portion of the competition factors into the overall picture is in the penalty, which can ensue after missed targets. A competitor must ski around a 150-meter penalty loop or a minute is added to the finish time.

Some of the very best gunslingers on skis are taking part in this year’s event, including Ole Einar Bjorndalen, a 35-year-old Norwegian who won two events at the 2007 World Championships in Rasen-Anthloz, Italy, as well as three events at the 2002 Salt Lake Winter Games.

Other notable competitors include German Michael Greis, who won three events at the 2006 Turin Winter Games and his compatriot Majdalena Neuner, winner of three women’s events at the 2007 World Championships.

Alpensia Resort, located next to Yong Pyong Resort, is a winter sports complex still in development. According to Park Jong-hoon, director of the Gangwondo International Sports Committee’s PR Division, remodeling work was done to the biathlon venue with the long-term aim of hosting the 2018 Winter Olympics.

When it’s complete, the complex will feature facilities for ski jumping, biathlon and cross-country skiing, as well as a hotel, convention center and an 18-hole golf course.

Construction began in 2004, and the resort’s landmark, its ski jump venue, has only just been completed. The ski jump tower, measuring 58 meters or about the height of a 30-story building, affords a breathtaking panoramic view of the complex as well as the Yong Pyong Resort and the surrounding mountainous Youngdong region.

The Gangwondo International Sports Committee hopes international events like these can help them secure votes for the 2018 Winter Olympics.

As such, the organizers have planned several more international events, including a World Women’s Curling Championships in late March, IPC Alpine Skiing World Championships from Feb. 18 to March 1 and a Ski Jump Grand Prix from Sept. 5 to 6.

“One of the criteria for the IOC in deciding on a site for the Olympics is experience in hosting international events. The Biathlon World Championships will provide us with an opportunity to market the complex as a world-class venue for hosting winter sporting events,” said Park.

And this is certainly a huge opportunity to showcase the city.

“EBU will broadcast the events and ceremonies live this year and an estimated two billion viewers around the world are expected to tune in to the competitions,” said Park. 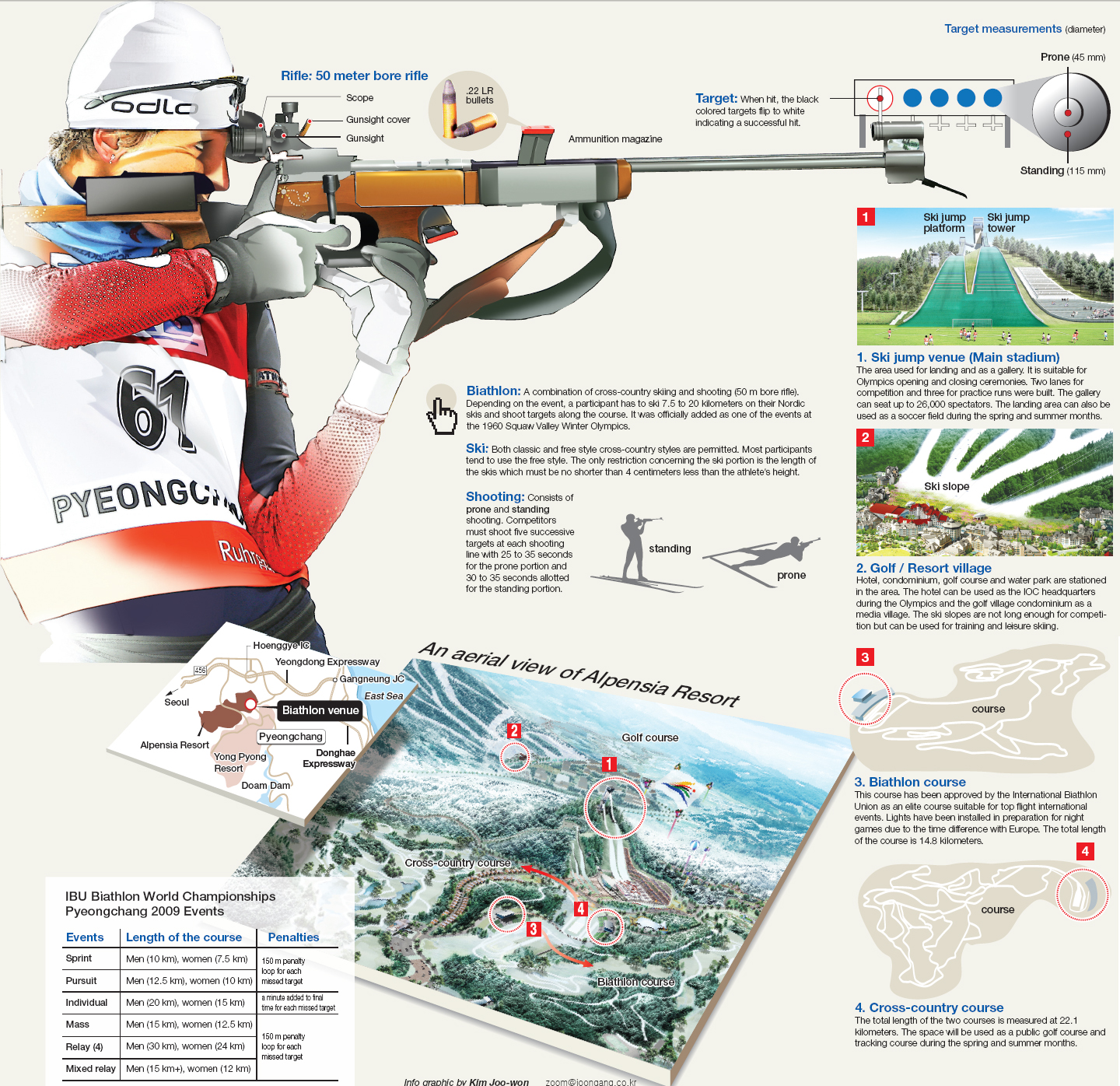