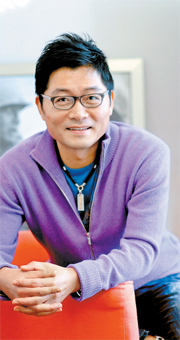 Kim Jae-gyu, the director of the blockbuster “Shiri.” [JoongAng Ilbo]

Kang has just finished writing the script for his next project and he’s now preparing his next movie in Hollywood.

The JoongAng Sunday asked him about the current state of the industry.

JAS: Did you think Shiri would become such a big hit?

Not at all. The record held by the movie “Seopyeonje” in 1993 was 1.03 million tickets sold in Seoul [all audience figures are for Seoul], which was regarded as a stand-alone achievement.

To think the movie would go beyond the record ticket sales of 1.97 million for the U.S. movie “Titanic” was just unthinkable.

We made a bet on the number of people who would go to see the movie and I wrote down 800,000, which I thought was really stretching it.

When the actor Shin Hyeon-jun said Shiri would draw as many as 1.5 million, everybody thought he was trying to cozy up to me.


The 2.2 billion won ($1.57 billion) production cost was a staggering sum at the time. How did you raise that kind of money?

First, I tried to contact investment firms in the provinces but a decision wasn’t forthcoming.

I got this feeling that I wouldn’t be able to come up with the money so I sent the script to the entertainment division of Samsung.

Choi Wan [current head of movie investors IMPictures], a senior official there, soon contacted me and said he wanted to see me.

He is very driven and by the end of our first meeting we had already started talking about production costs.

I told him I needed 2.3 billion won at the very least. He told me to make it happen at 2.1 billion won.

Some of the costs were covered by support from other jaebeol. Scenes needed to be shot from the air got help from Samsung Air.

In the end, we finished the movie with 2.24 billion won.


The movie Shiri was notable because you blended the spy, action and romance genres to focus on inter-Korean espionage and contemporary tensions on the Korean Peninsula.

When I was writing the script for Ginko Bed in China, I had the opportunity to hang out with some North Korean students studying there.

At the time, it wasn’t such an easy thing to do but I had it much easier because I was in the movie industry. It was a very refreshing experience.

Personally, I like the spy genre. It’s popular in Hollywood movies and I think audiences here wanted to see action films with guns.

Other movie directors had already used the martial arts as a medium for action films but I wanted to do something different.


The Korean movie industry is now in a slump. What do we need to do for a second Shiri to take place?

There is one principle that never changes: stick to the basics. The biggest example is the script. You have to battle with the script to make it better, going through 30 or 40 revisions to get it right.

Also, people have to be more imaginative and shouldn’t categorize this as a Korean film, or that as a Hollywood film. It’s about being competitive and making a film yours.