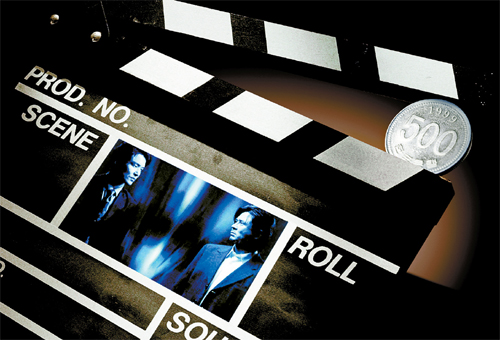 It was the gunfight that left critics and film fans so impressed.

Shot in downtown Seoul, it was comparable with the drama and authenticity of a Hollywood action sequence, and helped make Korea’s first ever blockbuster, “Shiri,” such a monumental success a decade ago.

But now the local movie industry is in desperate straits, and directors and producers are hunting for another model that will re-energize moviemaking here.

Shiri, which relates how a North Korean spy gets involved with a South Korean security agent, was a ground-breaking picture because it smashed local box office records and introduced the world to the Korean blockbuster.

It sold an estimated 6.2 million tickets nationwide, breaking existing records for local and international films set by “Seopyeonje” in 1993 and James Cameron’s “Titanic” in 1997, respectively.

Choi Wan, at the time a senior official in the entertainment division of Samsung, which had invested in the movie, said that the original aim was just to sell 2 million tickets and break even.

“Back then, there were only 800 screens available. If you compare that to today’s standards where you have 2,000 screens, you would be talking about 14 million tickets sold,” Choi, who now heads the movie investment company IMPictures, said.

Without doubt, Shiri’s success catapulted the Korean movie industry to a new level, as experts like Cho Hui-mun, a film professor at Inha University, point out.

“Shiri proved that Korean movies could become a driving force in the industry,” said the professor. “The history of the Korean movie industry is divided by what happened before and after Shiri.”

The film’s success came in the aftermath of the Asian financial crisis, which had hit the country with such force that most conglomerates dropped their investments in the entertainment sector about the time Shiri opened.

In their place, investment firms took up the role of financing Korean movies, and it looked like the industry was growing, from the outside at least.

But people involved in the movie industry say that despite the continuous inflow of capital, few people really knew how to use the money wisely.

Shiri’s director, Kang Jae-gyu, says people threw money around without any principles, which only resulted in a spate of poor productions.

“Since Shiri was made, several blockbuster-type movies have been made for between 7 billion [$4.99 million] and 10 billion won, but they all bombed,” Kang said.

“The whole industry was too inexperienced,” he added.

Still, Kang managed to persuade investors to put up 13.9 billion won for “Taegukgi,” which scored big at theaters along with the thriller “Silmido.”

Both movies broke the 10 million viewer mark. But even so, experts were worried that the industry couldn’t keep growing.

Even in 2006, when the Korean movie industry produced movies like “The King and the Clown” and “The Host,” which both drew more than 10 million viewers, overall profitability fell 20 percent.

More movies were getting produced, but the number actually making money was falling.

In 2007, the overall profitability of the movie industry was even worse, with estimated losses of 180 billion won due to rising production costs and the collapse of the video rental market.

Developing foreign markets was once thought a viable option, but nowadays that avenue is no longer considered an option given the declining popularity of local films.

Movie critic Heo Mu-yeong describes the past decade as one in which the Korean movie industry’s experiment to become another Hollywood failed. “The starting point should be an acknowledgement that we can’t become like Hollywood. Instead, we have to look for a new model for the next decade,” Heo said.