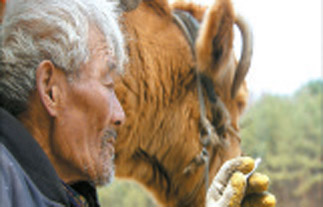 The movie about a 30-year friendship between a cow and an elderly farming couple is set to break yet another record. Lee Chung-ryul’s documentary looks set to break 1 million viewers, according to the Korean Film Council, a first for a documentary film.