From flowers to Game Boys

From flowers to Game Boys 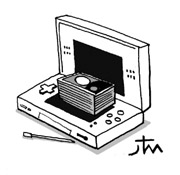 It is said that when three Koreans get together they play hwatu, or flower cards. The game originated in Japan, a well-known fact among Koreans. During the Japanese colonial occupation, when 80 kilograms of rice cost 4 won, the collaborator Lee Wan-yong reportedly lost tens of thousands of won on the game, making newspaper headlines. We can guess from that story how popular the card game was at that time.

However, the Japanese do not play hwatu. Many young people have never even seen it. But nonetheless a Japanese company still manufactures decks of flower cards. That is Nintendo, the company that dominates the world market for video game consoles and produces 500 billion yen ($5.4 billion) in net profits.

Even though manufacturing decks of hwatu is not profitable, the company still produces them because it does not want to forget its roots. In 1899, Nintendo started as a manufacturer of hwatu cards (hanafuda in Japanese). The founder, Fusajiro Yamauchi, used to be an artist himself, and the cards also bore his paintings. In 1979, the company developed a portable game console. An employee traveling on a train saw another passenger killing time toying with an electronic calculator and came up with the idea.

During the 1991 Gulf War, the Game Boy was so popular that it was regarded as a necessity for American soldiers dispatched to Kuwait. One day, a U.S. military barracks was bombed and completely destroyed. In the ruins a soldier found a scorched and damaged Game Boy. Surprisingly, it worked. This was a direct result of the company’s research and development: Nintendo dropped a model Game Boy numerous times from the rooftop of the company headquarters to the ground, since after all, children carelessly drop their toys all the time

In an emergency meeting aimed at reviving the economy, President Lee Myung-bak made a suggestion: “It would be good for us to develop game consoles like Nintendo’s.” This reminds us of former President Kim Young-sam’s remark that profits from the film “Jurassic Park” were nearly the same as those from exporting 1.5 million Hyundai cars. President Lee perhaps thought that as our country is a leader in the IT field, Korean companies can easily catch up with Japan in the game industry if they want to.

Those in the IT field may say that Nintendo did not earn its reputation and fame with its flower cards. Yet today’s Nintendo game consoles could not have come to be without a company modest enough to continue manufacturing hanafuda for more than 100 years. Nintendo treasures its enthusiasm for new ideas, a corporate culture that respects creativity and its constant efforts to satisfy customers. Koreans are probably equal in one field: creativity. We adapted and developed hwatu and from it created “Go-Stop,” one of our most popular games.