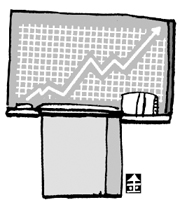 The average income in Japan’s Akita Prefecture is one of the lowest among the country’s 47 local governments. Blessed with its unpolluted natural environment, the area is known for producing beautiful women but agriculture and fishery are the only industries to talk about.

But the rural area has surprisingly become an epicenter of education reform. In standardized tests on elementary school sixth graders and middle school seniors across the country, Akita achieved the highest scores in 2006 and 2007, surpassing metropolitan cities like Tokyo and Osaka.

No one expected such results. Before the figures were released, the head of the Akita education office was prepared to hold a press conference and apologize for poor results.

Reporters rushed to the rural province to discover the secret.

Akita’s miracle was attributed to the local government setting aside an education budget, hiring more faculty and enhancing education equipment. Schools have different classes for different students, depending on their levels of performance. Teachers examine what students studied at home, and after regular classes, they help those struggling students to catch up.

Akita Prefecture has done what all the other local governments and teachers are also supposed to do but didn’t.

Now Okinawa, which ranked last for two years, has signed a deal to exchange teachers with Akita, and is implementing Akita-style education reform.

In Korea, a standardized test was held in October last year and its results were released last week. But there was no Korean version of Akita’s miracle.

At first, it was announced that Imsil, North Jeolla Province - a rural area like Akita - had the lowest percentage of poor performing students but it was soon revealed that these statistics had been manipulated. It was found that a number of schools told their student-athletes, devoted to training, not books, to not take the exam and thereby lower the entire schools’ average score.

The tactic sounds all too familiar. This was common in Japan some 40 years ago. Teachers enticed students with poor grades to be absent from school on the test day. Some teachers turned a blind eye when students cheated during the test, or even gave students the right answers.

The standardized test was soon abolished. It took 43 years for the test to be held again.

Korea’s education authorities introduced a standardized test last year in an attempt to encourage competition among schools and to improve the quality of education. But it has already produced negative side effects.

It is worrisome whether Korea’s standardized test that authorities have heralded as a great leap forward in public education will follow in Japan’s footsteps.