Portrait of a king

Portrait of a king 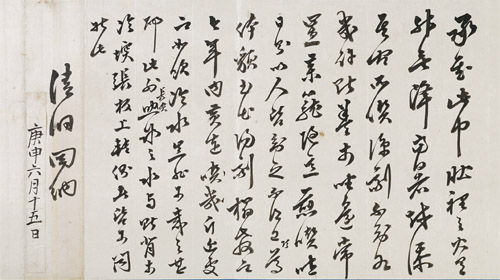 He was a shrewd ruler who knew the value of flattery and wasn’t afraid to use it. But as his personal correspondence reveals, King Jeongjo (1752-1800) was also a master of the old adage, “Keep your friends close, and your enemies closer.”

Handwritten letters from Joseon Dynasty’s (1392-1910) King Jeongjo to Sim Hwan-ji, one of his senior officials, were made public last month. Scholars have been dissecting them, with the findings regarded as a treasure trove of invaluable insight into how this 18th century king ruled.

Theories, speculation and counter arguments about the king are being put to rest, as the letters are very clear in their content and language.

Lee In-hwa, a professor at Ewha Womans University, said that the letters clearly reveal the king’s efforts to divide and rule his subjects, who were already fractured into numerous political factions.

The professor pointed out that King Jeongjo exchanged personal letters with many politicians in order to obtain information, shape public opinion and try to cut deals behind the scenes. 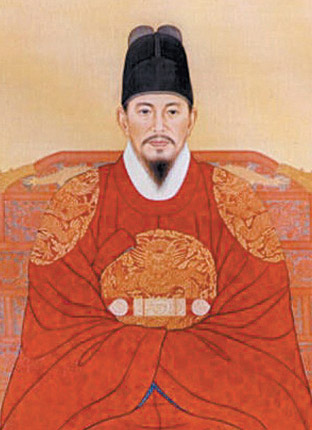 “The personal letters were used as a tool to manage talent,” said Lee.

Referring to the noble class, which needed to be cajoled, he said, “These were gentlemen with pride. King Jeongjo knew the importance of unofficial channels and groomed a group of people who were moved by such personal exchange.”

With great fanfare, in a joint press conference by the Academy of East Asian Studies at Sungkyunkwan University and the Institute for the Translation of Korean Classics, scholars announced the discovery of close to 300 personal letters from the 22nd king of the Joseon Dynasty.

Scholars have pointed out that the king’s correspondence with Sim Hwan-ji (1730-1802), who was widely regarded as an anti-monarchist leader, is proof enough of King Jeongjo’s shrewd political maneuvering.

Despite the king telling him several times to burn their correspondence, he held the letters intact and also kept a separate book of his own responses.

Experts believe this was the senior politician’s insurance policy in case something went awry.

“King Jeongjo was a schemer, but Sim was an even more cunning wheeler and dealer,” said Lee. 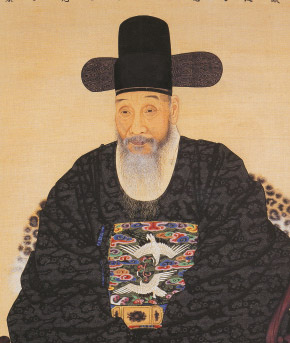 Little surprise, then, that security was of great concern to the king. “Tear this letter apart the moment you have read it or soak it in water to wash away the words. ... Will you wash the letter yourself or will you order your son to do it? Give me an answer in your next letter,” he told Sim.

Above all, the letters reveal in great clarity how the king at times even orchestrated apparent opposition to his own rule.

On March 4, 1799, he ordered the release of his aunt, Hwawanongju, who was partly blamed for his father’s death.

In a letter written two days later to Sim, he told the politician to oppose his order strongly in court, even giving precise instructions on what would happen and how Sim should react.

“I may release you from your position but have already thought of a method to reinstate you later,” the king wrote.

There are also letters that reveal how the king granted senior court officials favors - just like modern-day rulers.

In a letter to Sim in 1799, the king expresses his condolences on Sim’s adopted son’s failure in the state exam. The king goes on to say that he regretted not being able to help, as Sim’s son had failed to deliver a “basic” performance by placing within the top 300.

“There is still a lot of time ahead. Why shouldn’t he eventually succeed?” the king writes to Sim in an attempt to lift his spirits.

The intimate correspondence took place between August 1796 and June 1800. On some occasions, the king wrote as much as four times a day, as Sim’s record book shows.

King Jeongjo is widely viewed as a scholar and gentleman, and his reign is regarded as exemplary.

But the letters show a ruler who at times appears agitated, and his use of less-than-decorous language to describe some of his subordinates has taken some scholars by surprise.

As much as the king used the letters to keep a grip on the complex web of court politics, he did not shy away from sharing sensitive personal information.

He told Sim about his ailments and expressed his affection for his subordinate, undermining existing rumors that the two were enemies. 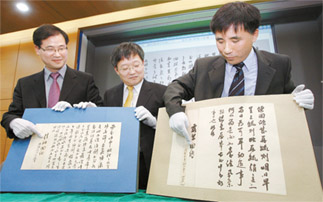 “I always keep a basket of medicine at my side to eat when I want ... I always drink ice water or lie down on the cold floor, but it’s hard to get some sleep. It’s all very painful,” the king wrote in his last letter to Sim on June 15, 1800, just 13 days before his death.

Historical records show that the king first tried to keep his illness private, but officially ordered medication be made for him after subordinates discovered he had been self-medicating.

Even as his health was waning, the king expressed concern for the people. “I am getting better and I will get better. My thoughts regarding the people and the government make me tired and old as I toss and turn in my bed sleeplessly,” he said to a subordinate on Oct. 24, 1797. That is one fact that historians didn’t get wrong: the king’s concern for his subjects.

The revelations created some fuss among scholars; some quipped that they have to revise their curriculum, others expressing disappointment at the frank and rough language used by the king.