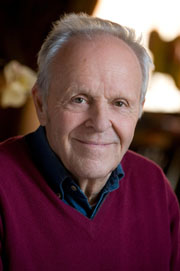 You’ve got to hand it to philanthropist Henry Buhl, 79.

The New York-based collector has built up a collection of more than 1,000 photographs and sculptures, all of the human hand.

From this vast armory, 116 photographs and 31 sculptures belonging to the collection will be displayed at Daelim Contemporary Art Museum in Jongno, central Seoul.

“The Buhl Collection: Speaking with Hands” is the fourth in a series of special collections held annually since 2006 at the art museum.

“Hands, as eyes, are the mirror of our souls and emotions: Reaching out, praying, caressing, creating, beating, destroying, warning, healing, signaling, holding... In short, demonstrating the entire spectrum of human nature,” said Elga Wimmer, the invited guest curator and a close advisor to Buhl on the arts. 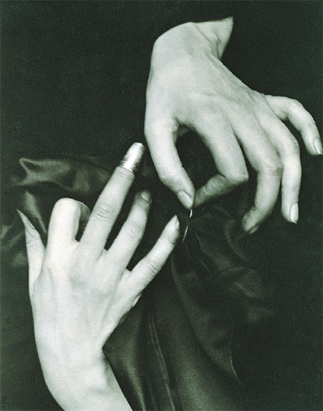 Both Wimmer and Ryan Russo, the curator of The Buhl Collection, are currently in town for the exhibition’s opening today.

“Images of the human hand have long been a source of inspiration for photographers,” Wimmer said yesterday at the museum.

He now runs his own financial company, the SoHo Partnership, which he set up in 1992.

His inspiration came from collecting photographic images of the hand.

He started in 1993 with a photograph of U.S. artist Georgia O’Keeffe’s (1887-1986) hands taken by her husband, Alfred Stieglitz (1864-1946). This shot became the cornerstone of Buhl’s collection, which includes work by well-known photographers and emerging artists.

The work is titled “Hands and Thimble” (1920) and is currently on display at the Daelim Contemporary Art Museum.


The exhibition runs until May 24 at Daelim Contemporary Art Museum. Go to Gyeongbokgung Station, line No. 3, exit 4. For more information, call (02) 720-0667 or visit www.daelimmuseum.org.

The exhibition is also scheduled to tour Taiwan, China and Japan afterward.

Top to above:
⊙ "Hands," by Man Ray
⊙"Photogram," by Laszlo Moholy-Nagy
⊙"Hands of Jean Cocteau," by Berenice Abbott
⊙ "Movement of the hand; drawing circle," by Eadweard Muybridge
⊙"Mother and Nursing Child," by Albert Sands Southeworth and Josiah Hawes