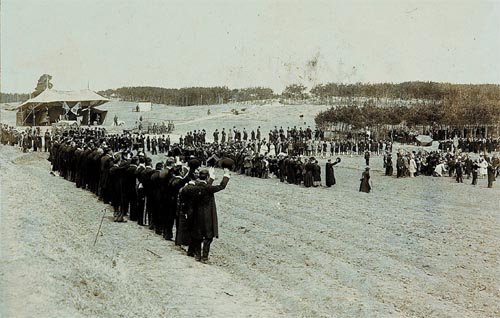 In April 1909, Emperor Sunjong participates in chingyeongsik, a ceremony in which the emperor plows a field to symbolize the importance of farming to the country.


Interested in catching a glimpse of the Korean royal family?

For those longing to travel into the past, a photo exhibition at the Museum of Photography by the Hanmi Foundation of Arts and Culture is featuring photos from the Korean Empire (1897-1910). 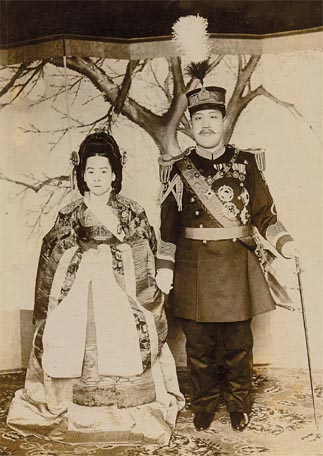 The emperor and his wife.

Emperor Sunjong, the second - and last - emperor of the short-lived dynasty, and other royals are depicted in over 50 photos. Some of them are being shown to the public for the first time, such as photos of Emperor Sunjong participating in chingyeongsik, a ceremony which symbolizes the importance of farming.


Lee Gyeong-min, a researcher at the Photo Archive Research Institute, pointed out that the Japanese, who were pulling the strings of power at this time, used the ceremony as a kind of PR exercise to show that the emperor cared about the people and farming.

The photos in the exhibition depict the tumultuous latter days of the empire, when Japan was gradually tightening its grip on power. 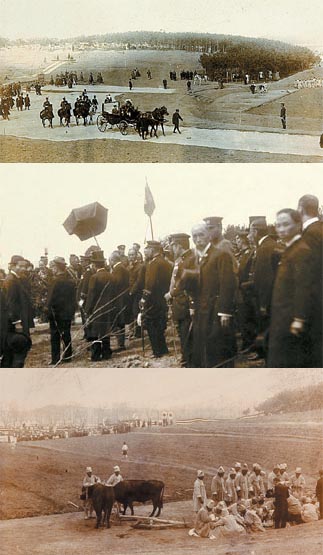 Senior government officials and farmers take part in the 1909 chingyeongsik ceremony. Provided by Hanmi Foundation of Arts and Culture

Sungjong’s father, Gojong (1852-1919), was forced by Japan to step down in 1907, punishment for the attempt to send a secret mission to an international peace conference at The Hague, the Netherlands to let the world know that the Japan-Korea Protectorate Treaty of 1905 was signed under pressure without the consent of the nation or the emperor. Sunjong, Gojong’s second son, stayed in power for three more years before announcing in August 1910 that the country had conceded power to Japan.

Today, there are 13 sons and nine daughters identified as direct descendants of the Joseon royal family, but few of them agree who is the main descendant of the royal line.