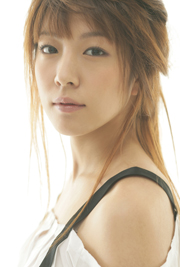 She sang “I Did It for Love,” a single off her U.S. album, “Eat You Up,” live for the first time in public and showcased a teaser of the music video, directed by Korean-American Joseph Kahn, who shot Britney Spears’ videos for “Toxic” and “Stronger” and the Pussycat Dolls’ “When I Grow Up.”

Her first U.S. album will be released next Tuesday, with subsequent releases in Korea and Japan. By Lee Eun-joo