<font color=F88F06 size=3>[Talk of the town]</font><br>They’re back again! ‘Once’ musicians plan to return to Korea in May

[Talk of the town]
They’re back again! ‘Once’ musicians plan to return to Korea in May 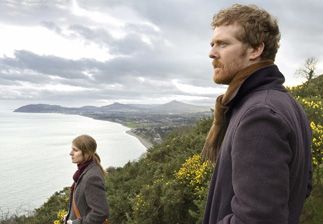 The Swell Season is coming back to town to perform song many Koreans fell in love with after watching the indie hit “Once” (2006).

Irish musician Glen Hansard and Czech pianist and singer Marketa Irglova will perform at the Sejong Center for the Performing Arts on May 15 to 16.

The concerts will mark their second trip to Korea this year. At their previous show, which sold out, the two stars sang tracks from the film soundtrack, including “Falling Slowly” and “When Your Mind’s Made Up.”