[BOOKS in brief]<br>Why Oscar was wild about reading

[BOOKS in brief]
Why Oscar was wild about reading 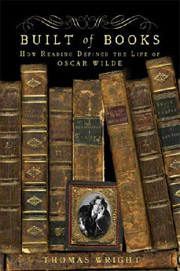 From birth, Oscar Wilde (1854-1900) was awash in words, we learn in Thomas Wright’s new biography of Oscar Wilde, “Built of Books.”

His Anglo-Irish parents recounted aloud local tales, classic literature and their own work - Sir William was a pioneering folklorist and Lady Wilde “a famous poetess” - fostering both an early aptitude and undying love for language, writing and books.

Wilde thrilled at collecting and devouring a variety of volumes; each added to his prodigious intellect as well as to a store of ideas that contributed to many a lush oration.

His years at Oxford were marked by extravagant academic accomplishments, particularly in the classics he had loved since childhood, and by symposiums hosted with Socratic gusto in his school quarters. As an adult of growing notoriety, Wilde found sustenance, inspiration and solace in his prized library. Reuters