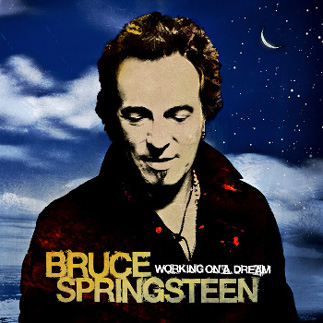 The best track off of Bruce Springsteen’s 24th album, “Working on a Dream,” is also its most heralded. The Golden-Globe winning “The Wrestler,” from the movie of the same name, sums up the gravel-road loneliness that has kept people coming back to Springsteen during his over three-decade career. Mickey Rourke, who starred in the movie, knows Springsteen and asked him to help out on the soundtrack. The rocker ended up donating it to the film for free.

The rest of the album can either be listened to simply to as classic songs made for playing in your pickup as you drive down the highway, or as a reflection of the artist’s hopes for his country as it shifts from the grim era of Bush to the new dawn of Obama.

Along the way, Springsteen drops in some bizarre images that are a little hard to reconcile with the album’s seeming lack of irony.

The opener, “Outlaw Pete,” starts off with this gem: “At six months old, he’d already done three months in jail. He robbed a bank in his diapers and his little bare baby feet. All he said was, ‘Folks, I’m Outlaw Pete.’” But if you roll down the windows on your truck, all you’ll hear is the wind and good, old Springsteen rock ’n roll. By Richard Scott-Ashe

“Working on a Dream”