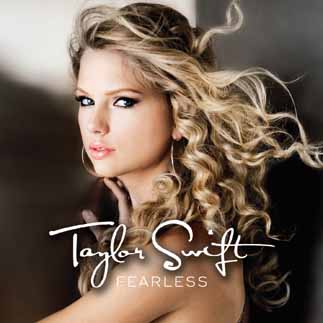 Taylor Swift - banjo, blonde curls and all - has finally infiltrated Korea. Her hit single “Love Story” has already started pumping in Hongdae, just in time for the international release of the country phenom’s album “Fearless.” The disc features the U.S. tracks, as well as selections from her 2006 self-titled debut.

First kisses, the slam of screen doors and riding in the passenger seat are the stuff of Swift’s songs, and rather than take herself too seriously, the sugar-voiced sweetheart prefers to maintain an air of self-consciousness.

“Fifteen,” which she sang with BFF Miley Cyrus at the Grammys, goes: “Cause when you’re fifteen and somebody tells you they love you/ You’re gonna believe them.” Ain’t that the truth. Even when singing about princes and princesses, she still manages to keep it somewhat real with a touch of teenage insecurity: “Is this in my head? I don’t know what to think/ He knelt to the ground and pulled out a ring.”By Hannah Bae