Double the study, double the glory

Double the study, double the glory 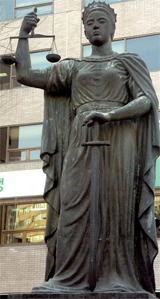 The legal and medical professions have long been the two most sought-after careers among high-achieving students in Korea.

Like in many developed nations, doctors and lawyers working in Korea are often high earners and enjoy a high social status.

It’s no secret that huge numbers of high-achieving high school students see a future for themselves in law or medicine.

By way of illustration, nearly half of the 98 Korean high school students who won prizes at the International Science Olympiad over the past five years went to local medical schools, according to a report released by the Korea Science and Engineering Foundation late last year.

Passing the bar exam or getting into a medical school is a tough business and those who succeed are pretty much guaranteed a successful living, if they continue to pass the necessary exams.

But there are some studious types who go that extra mile and qualify to practice as doctors and lawyers and hold what’s known as a “double license.”

Of course, it’s rare for an individual to be engaged in both professions at the same time.

Instead, they tend to “select and concentrate” on one of two professions, with an option to switch from one to the other whenever necessary. 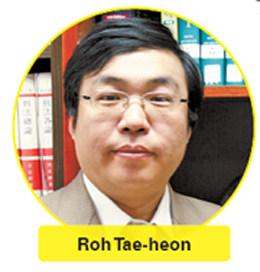 Currently, there are 28 double license holders in Korea. All but two of them were originally doctors who later embarked on a legal career.

The other two acquired a medical license after passing the bar exam.

Among those who newly joined the bench and bar, 19 became lawyers, followed by four judges, two law professors and one prosecutor.

There are several reasons for such an all-out change of career. Some of the double license holders said the principal factor was academic and vocational interest in the other field.

This had generally happened while the individual was engaged in his or her original occupation, which suggests that there is already a certain amount of crossover between the two fields.

The introduction of graduate law and medical school programs in Korea in recent years was also cited as a factor bolstering such “crossover.” 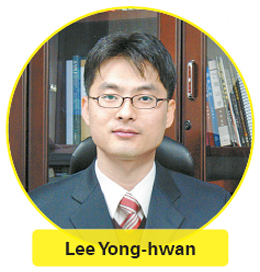 Roh Tae-heon, 42, a judge at the Supreme Court, was initially a specialist in family medicine before joining the judiciary world.

Frequent medical mistakes in the mid-1980s when he was attending Seoul National University College of Medicine led Roh to pursue a new career in the legal profession.

“I thought that a lawyer could save more lives than a doctor,” Roh said.

Since he became a judge, he’s mostly been in charge of medical malpractice suits.

His next ambitious project is to produce a full-scale judicial report related to medical malpractice based on his medical knowledge and experience. 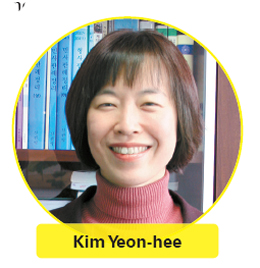 Lee originally graduated from Pusan National University College of Medicine and worked as a physician until he decided to take the bar exam in 1999.

He passed it three years later.

“I decided to engage in the medical profession when I was a high school student although I was also equally interested in studying law. So I always had a longing for ‘the road not taken’ even while I was practicing medicine,” Lee said.

“Based on my experience in both fields, I think you have better quality of life as a lawyer but being a doctor is ultimately more rewarding,” he said.

Kim Yeon-hee, 40, who founded Euiseong together with Lee, was also a specialist in family medicine before she stepped into the law.

“I wasn’t very happy being a doctor, so I decided to take the bar exam and now I think heaven has called me to this work [medical law],” she said. 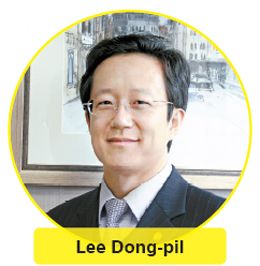 Kim referred to a case she tackled a year ago as the one that made her feel her decision to become a lawyer was the right one.

The case involved a Vietnamese woman married to a Korean, who suffered brain damage when she was giving birth as a result of negligence on the part of the doctor.

“At first, the doctor in question insisted he had done everything he could. However, we found out later when we inspected the medical records that he failed to apply an oxytocic that he should have used,” Kim said.

An oxytocic is a drug used to facilitate childbirth.

“Without this finding, we would have lost the case. Instead, we secured 180 million won [$124,740] late last year in damages in addition to all the hospital expenses. The whole experience had been worthwhile and the woman’s husband thanked me for what I’d done.”

Lee Yong-hwan, a 35-year-old lawyer, is one of two double license holders who swapped the court for the consultation room.

Lee passed the bar exam in 2001 and began to practice law in 2004. However, he enrolled in the graduate medical program at Kyung Hee University the following year.

“I became very interested in the medical field while I was working in the legal sector and the opening of a graduate medical course at a local university gave me this interesting opportunity,” Lee said.

“In the past, I would have had to take the college entrance exam again if I’d wanted to enter a medical school. But things have changed with the introduction of a four-year graduate medical program.”

The aim is to produce more medical professionals.

Twenty-seven out of the total 41 medical schools at local universities will have converted their undergraduate course to a graduate program this year.

This will allow students with different majors to study medicine after passing the state-run Medical Education Eligibility Test.

Meanwhile, with the introduction of a three-year U.S.-style law school system this year, 25 law schools have been established at local universities.

Students are admitted to law schools mainly based on their scores on the Legal Education Eligibility Test.

A new type of bar exam for law school graduates is slated for 2012.

The current bar exam will be phased out toward 2016.