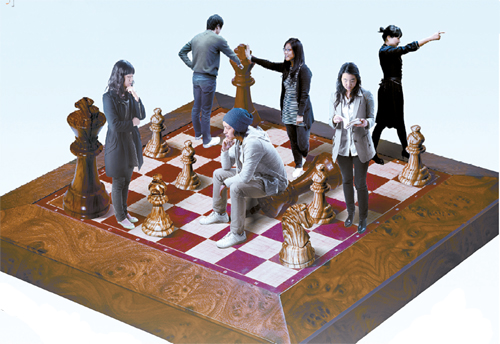 It’s a tough time to be in your 20s. A generation of young people who have only known relatively healthy economic times is now struggling to adapt to the harsh climate of economic torpor affecting Korea and the rest of the world.

To find out more about the generation, how they think and what they hope for, the JoongAng Sunday, in cooperation with local sociologists, scholars studying consumption trends and psychologists, conducted an in-depth interview of 50 youths ranging from the jobless to college students. 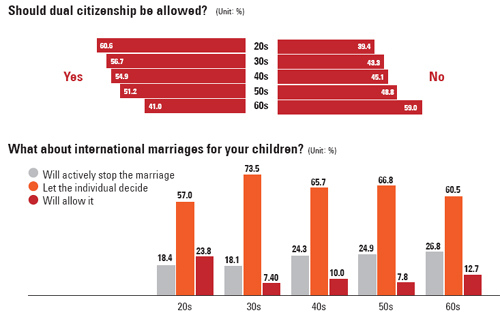 What differentiates people in their 20s today from previous generations is an orientation toward consumerism.

Kim Nan-do, a professor at Seoul National University’s Trend Research Institute, said Koreans in their 20s today are the first generation here to see themselves as “consumers.”

They are not too interested in ideology or questions like “small government or bigger government,” said the professor.

What kind of car one drives is a more pressing issue for this generation - that, and what brand of shoe one should buy.

And a generation full of self awareness that cares about outward appearance is not shy about spending money.

“When the older people today were in their 20s, they only knew the really famous brands like Polo and Chanel,” said the professor.

“Nowadays, they know brands like Marc Jacobs, as they know virtually every brand out there.”

Just as consumerism draws a line in the sand between young and older generations today, a dedication to education is a tie that binds.

Despite hardships in the economy and a declining number of regular jobs, college students don’t necessarily look for positions that might pay them a wage.

Instead, they postpone graduation for one or two years, sometimes even for three years, to accumulate better credentials such as official language scores through the Test of English as a Foreign Language, better known as Toefl.

Consequently, a prolonged period in school coupled with their parents’ high expectation for education has resulted in high costs. Until the early 1990s, only three out of 10 high school graduates went to college.

Back then, getting a place at university was the key to climbing the social ladder. The fact that well over 80 percent of high school graduates now go on to higher education has certainly contributed to this trend.

“We are endlessly trying to upgrade ourselves and even intern positions are filled with overqualified candidates,” said Kim Ju-min, 27, who graduated from Korea University and is trying her hand with an Internet company.

“Even after we get a job, we are a generation that still needs to continue studying,” said Jeong Seok-ho, 23, who is majoring in social welfare at Yonsei University.

The heavy use of the Internet and text messaging has also given birth to a generation accustomed to using abbreviations and initials.

“In the 1970s and 1980s, the generation in their 20s would make use of some abbreviations but it was nothing like it is today,” said Kim Sae-jung, an official with the National Academy for Korean Language.

“The rapid online chatting and text messaging so common today feed into other parts of daily life.”

Seventy percent of those in their 20s who were polled said they participated in politics through the Internet by posting opinions on message boards and debate rooms.

This is also a generation whose daily schedule often revolves around the Internet.

Ji Seung-wook, 22, a sophomore at Korea Advanced Institute of Science and Technology, calls himself “Generation 1m,” meaning all relationships are formed within a 1-meter radius of the computer.

It’s the Internet and instant text messaging that gives this generation the tools to form alliances and to gather quickly.

Experts say the huge gatherings during the country’s World Cup matches in the past and even the huge protest rallies last year against the resumption of U.S. beef imports are good examples.

“But I found it was an experience that made me feel like part of a community.”

Lee Dong-su, 21, a freshman at Hankuk University of Foreign Studies, said he participated in protest rallies over the death of two middle school students in 2002 in a traffic accident involving U.S. soldiers.

“I thought something was unfair and wanted to participate,” Lee said.

Kim Ho-gi, a professor at Yonsei University, calls the generation of Koreans in their 20s the Trauma Generation, as it experienced the Asian financial crisis in the late 1990s and is now facing a similar crisis just as it is about to enter the job world.

Such a reality has played a factor in shaping some personalities as well.

“People in their 20s should have the courage to chase their dreams, but nowadays people are too pragmatic. Maybe we grew up too fast,” said Kim Hyeon-ju, an undergraduate student at Ewha Womans University.

Another trend that stands out with this particular generation is its exposure to non-Korean culture.

“I went backpacking around Europe in my senior year. When I visited a castle in Germany there were so many Koreans it felt like Gyeongbok Palace. Backpacking is like going on a short trip to the provinces,” said Seong
Mi-gyeong, 26, a company worker.

Such connectivity to the global world has certainly influenced general thought.

When asked whether dual citizenship should be allowed, 60 percent of people in the 20s answered positively, by far the largest positive percentage of all the age groups represented in the 3,015 people surveyed.

The 20s generation bracket also gave the largest positive percentage with 23.8 percent saying they approved of international marriages while other age groups didn’t go beyond 12.7 percent.

Despite experiencing the Asian financial crisis in the late 1990s and the current global downturn, the technical prowess of this generation has made it a floating generation that finds meaning on- and offline, some experts say.

“The energy toward life in general could be attributed to the happiness of having the freedom to roam, which can be stimulating,” said Cho Dae-yop, a sociology professor at Korea University.