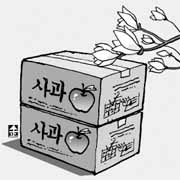 China’s greatest thinker, Confucius, had a legion of faithful followers, numbering more than 3,000 while he was alive.

One of them was Yang Zhen (A.D. 59-124), who has himself won accolades from many as a teacher of justice and social righteousness. He was born in Shanxi Province in the Eastern Han Dynasty to the noble Yang family famous for indifference to officialdom and social ascendancy.

In his hometown near Mount Hua, he embraced all kinds of followers as he paid no heed to heredity or standing in sharing words of wisdom and virtue. His disciples totaled over 2,000 in his hometown and another 1,000 in other areas.

He earned the nickname “Confucius of Guanxi Province” due to his numerous acolytes. He was regarded as the model teacher at the time for the depth of his knowledge and nobility in virtue.

He accepted government office at the age of 50. It wouldn’t have been easy to practice virtuous values while in office, but he kept a far distance from any kind of temptation that accompanied officialdom.

He kept his doors steadfastly closed to people coming with personal favors.

Once when he was passing through a village, the district’s magistrate Wang Mi, who had been one of his students, came to see his teacher after nightfall.

As they talked, Wang pushed some gold ingots toward Yang, saying they were a gift for the kindness his teacher had shown him. Yang was furious and refused to accept them. Wang persisted, saying no one would know as it was very dark and late.

To that Yang made his famous speech, “Heaven knows, Earth knows, I know and you know. How can you say no one knows?”

Wang was promptly kicked out.

The story became a classic and is still taught in today’s classrooms. Yang later became known by another nickname, “the teacher of four wisdoms.” His descendants strictly followed his teachings and did not shy away from offering honest criticism to their kings.

They are called the Four Wisdom clan and the Yang name still stands for integrity and incorruptibility.

Prosecutors are calling in a string of former and incumbent government officials in association with Park Yeon-cha, the CEO of Taekwang Industries who has been arrested for bribery.

The continual replaying of corruption no matter who is in leadership is demoralizing.

Can we no longer hope for any descendants of Yang in our government?

The magnolia buds have started to show their ivory beauty. Nobility is what the flower symbolizes.

It is disheartening to think that our government officials lack such a virtue. I stand under the magnolia tree saddened by the eventual fall of the flowers before they even blossom.