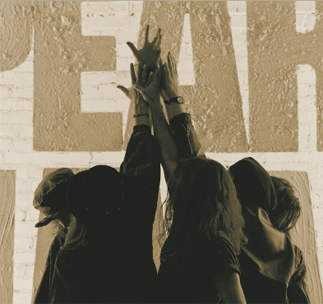 I admit I wasn’t initially a fan. As a metal kid in the early 1990s, I despised everything Seattle and grunge rock stood for.

A few years later, I grew to appreciate Pearl Jam. The biggest reason was the guitarist, Mike McCready. And “Ten,” the band’s debut from 1991 and its most successful one to date, is full of gritty, bluesy, I-can’t-believe-he-nailed-that solos.

Last week, Ten was re-issued in a two-CD format, with the original album on the first disc and the remix of the entire album plus six bonus tracks on the second. If you haven’t already listened to this modern day classic, now is your chance. I love those re-issues with extra songs: it’s like ordering a hamburger and getting fries for free. Hits like “Even Flow,” “Alive” and “Jeremy” are nice, but McCready flashes his brilliance on “Once” and “Garden.” Pearl Jam will re-release its entire catalogue over the next two years, culminating in its 20th anniversary in 2011. Yes, it’s been that long. And any band that can make an album that resonates after two decades deserves kudos. By Yoo Jee-ho