‘Ten’ pearls for a 20th anniversary

‘Ten’ pearls for a 20th anniversary 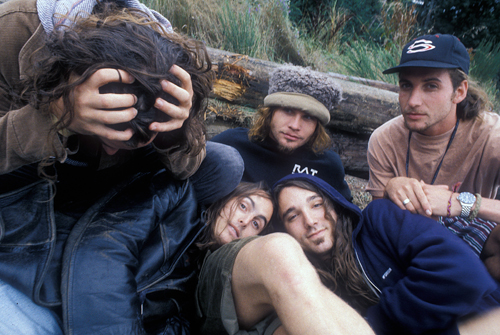 A year before its 20th anniversary, Pearl Jam looks back at their career. Provided by Sony Music

Remember grunge? And if you do, how often these days do Pearl Jam, Nirvana and Soundgarden make it to your playlist?

Well, if you’re yearning for the Seattle Sound, you probably already know that Pearl Jam is re-releasing its 1991 debut “Ten” (see review right), an album that launched a band that would become one of the most influential acts in the 1990s.

The veteran Seattle rockers have outlasted many of their contemporaries and tour relentlessly.

Here are some excerpts from an interview with the band.

Q. Seattle has always been out of the mainstream American rock circuit. How did the scene develop in the 1980s?

A. Seattle was isolated, so a lot of nationally known, big-time rock acts wouldn’t necessarily come up [there]. That forced the Northwest music scene to look inward, create stuff on our own turf. What our music scene really plugged into was that do-it-yourself spirit. (Matt Cameron/ drums)

The band became hugely successful very quickly, but instead of grasping for every buck, you took a counter stance and stopped shooting videos. Was that entirely popular within the group?
At the time, we thought that selling millions of records was the biggest curse ever. But in retrospect that power actually allowed us a lot of freedom and allowed us to do things in a way that probably 99 percent of the major label bands that were out there didn’t get to do. We created our own method and our own handbook on how to do it. (Jeff Ament/ bass)

Pearl Jam will be celebrating its 20th Anniversary in 2011. Do you see yourself going on indefinitely?

It’s pretty insane that we’ve lasted 20 years. At the start I guessed we might make three or four records, have a little bit of success and we would have gotten to play with some of our heroes. That’s the little kid dream come true, to play with all those incredible bands and artists that we grew up loving and we still love. (Jeff)

The Super Deluxe Edition of Ten contains all sorts of extra goodies. How did it come about?

Ten was the one time in Pearl Jam where the finished product really wasn’t 100 percent what we intended. So I felt this reissue was an opportunity to go back and finish what we started. (Jeff)

What is the secret of your longevity?

Pearl Jam has survived this long by luck and because the five of us have confronted each other on issues. We have open lines of communication. Another reason why we’ve lasted so long is we write music, we get very intense, we go away from each other, do our own thing and then we get back together. We give each other space. (Mike McCready/ guitar).