A perfect doll or an unhealthy toy, Barbie looks to the East

A perfect doll or an unhealthy toy, Barbie looks to the East

In celebration of the 50th anniversary, Mattel introduced a remake of the first Barbie doll, which made its world debut in 1959. Provided by Mattel Inc.

We all have firsts. Our first birthday, our first day at school, our first job.

For a lot of girls around the world, there’s another to add to the list: a first Barbie doll.

Kim Eun-ji, 11, doesn’t remember her initial encounter with Barbie, the doll launched by U.S. toy manufacturer Mattel in 1959. That’s because she hadn’t yet been born.

Eun-ji’s mom, Kim Sin-jeong, 43, says, “When I found out I was going to have a girl, I went out and bought some things for the baby, including a Barbie doll.”

Today, Eun-ji has eight Barbie dolls, her first doll and seven subsequent sisters that she chose herself.

But it’s been a while since Eun-ji played with her eight plastic girlfriends. Since she started at elementary school three years ago, her mother says, she is more immersed in her studies and, inevitably, electronic entertainment devices like Nintendo.

Instead, Eun-ji likes to sport Barbie children’s wear, which is available in 23 department stores across Korea.

This year marks the 50th anniversary since the blonde superstar was born and forever changed the picture of the world girls’ doll market.
Kim Eun-ji’s story perfectly synthesizes Barbie old and new. The keywords are: “eight Barbie dolls,” “electronic entertainment devices” and “the mother.”


Fame and its price

Barbie is thought to be biggest selling doll of all time. On average, girls aged between 3 and 6 own around 12 Barbie dolls, making Eun-ji one of the more conservative collectors. 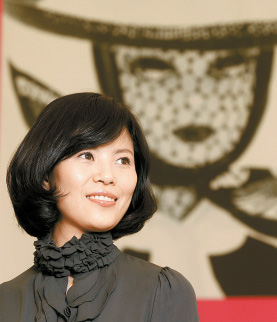 Lee Yoon-ji, Mattel’s country manager, poses at 10 Corso Como, a cultural space in southern Seoul, where Mattel held an exhibition of Barbie dolls and other items. By Kim Hyun-dong

Mattel says 1 billion Barbie dolls have been sold over the past six decades. That’s enough to circle the Earth four times.

“She’s more than a toy. She’s more influential than most human beings. That is why I have no doubt she will last another 100 years,” says Lee, who has a 2-year-old daughter and was very upbeat about the big Barbie anniversary.

After all, Barbie has also been the muse for grown-ups such as renowned designers Giorgio Armani, Donatella Versace and Vera Wang, and even visual artists like Andy Warhol.

Fame, of course, comes with a price. Barbie has had her share of critics, who say the doll has an unhealthy influence on young girls because of her perfect vital statistics, wardrobe jammed with outfits and enough accessories and jewelry to deck out an entire fashion shoot.

But just as the doll has changed with time, so have critics’ views.

“I feel Mattel has listened to the naysayers and modified the doll’s image accordingly, like giving her high-powered jobs like president, astronaut and surgeon,” said Lee Hye-kyeong, an expert on women’s and gender issues and the executive director of the International Women’s Film Festival in Seoul.

She’s criticized Barbie’s manufacturers in the past from a feminist angle, saying she’d like to see the doll break away from conventional ideas of beauty and try something more radical, citing the innovative characters seen in pop culture like those in the “Shrek” franchise.

According to E-Mart, the largest retailer in Korea, dolls took up just 10 percent in the entire toy market in the first quarter of this year, compared to 47 percent for electronic toys. Just three years ago, dolls accounted for 15 percent while electronic toys had 27 percent.

An official for Lotte Mart, another major retailer here, said sales were also down, a phenomenon he said was linked to the rise in the popularity of electronic toys in recent years.

Barbie and other dolls also have to compete with a string of other activities that occupy the lives of children today.

According to a survey on children’s activities after school conducted by Korea’s National Statistical Office in 2007, two out of three children watch TV, videos or go online to play games.

But Lee from Mattel says, “If [children’s lifestyle] evolves, Barbie evolves, too.”

“We’ve analyzed children today and have worked on various licensing programs to make sure we retain a presence in kids’ lives,” Lee says.

Mattel’s strategy goes like this: A girl visits Barbie.com to play computer games and watch DVDs and user created contents, starring Barbie, of course. She’s starred in 14 films and there are about 1,000 YouTube videos dedicated to her.

And what about during after-school study groups? The target child uses a Barbie pencil she keeps in her Barbie bag.

And what’s she wearing? Like Eun-ji, she’s dressed in Barbie’s children’s wear, a classic example of mass promotion.

Mattel Korea launched Barbie women’s wear in collaboration with the local clothing brand Soup in February. It plans to introduce women’s jewelry with the jewelry brand Mosaic and women’s shoes through the Saera brand in the coming months.

Perhaps that’s the right way to go, because the girls’ doll market in Korea may not be all that promising for Barbie. According to Lotte Mart, Barbie sales at Toys “R” Us, which opened in December 2007, accounted for 27 percent of the market last year, but the local girl doll brands make up the rest, 73 percent, led by the doll Mimi with 38 percent.

After all, Mattel opened its office in Korea only seven years ago. But Mattel Korea declined to give data on its market share of Korea’s girls’ doll market.

“Over the last 50 years, Barbie has been promoted mostly in the American and European markets. In that sense, the Asian market is a latecomer,” Lee said. “But Barbie is now shifting her eyes from West to East. Although the Japanese doll market is pretty saturated, Korea and China are potential growth engines.”

Mattel has an unparalleled history, even though Barbie never really had a landslide victory in terms of market share. 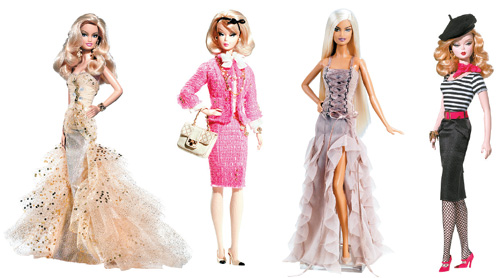 “Although Barbie’s landing in Korean girls’ doll market wasn’t easy, Barbie has the history and heritage that cannot be copied or imitated,” Lee said.