Childhood obsession with dollies leads to dream job for designer

Childhood obsession with dollies leads to dream job for designer 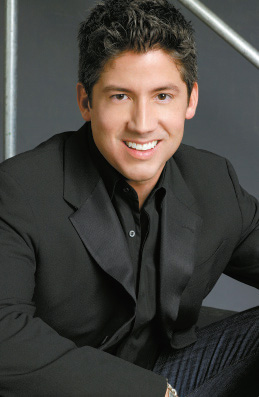 Robert Best, a longtime Barbie designer, shares his thoughts about his muse. Provided by Mattel Inc.

Robert Best, the principal designer for Barbie dolls, glamorized the toy diva with his 50th anniversary Barbie. Best, a longtime Barbie fan, joined Mattel in 1995. He says the Barbie he knows is “fashionable, fun and timeless.”

Excerpts from the JoongAng Daily’s e-mail interview with Best are below.

Q.What were your thoughts on Barbie before joining Mattel?

A.I’ve been aware of Barbie since I was a child, and she has influenced my design aesthetic profoundly. I have a genuine love and appreciation for all things girly and glamorous and Barbie, of course, has always been a champion. The only change is now I sort of think of her as my boss.


Did you play with Barbie when you were a child?

Of course, I played with Barbie when I was a kid. My sister had many Barbies and we used to get lost in Barbie’s world. I basically still play with Barbie, only now it’s my job, and I can’t think of another job I’d rather have.

How do you think Barbie has changed over the years?

I think Barbie has become much more sophisticated and diverse in my time working here. I think she has definitely evolved and continues to do so. Physically, Barbie has always been a mirror of our popular culture and I would say that is still true today.

Tell us about the 50th anniversary Barbie you’ve designed.

I was inspired by the very first Barbie. She was graphic and bold in a black and white striped bathing suit and dramatic makeup.

I took those elements and created a similar doll, only I added glitter and a lace trim to her bathing suit and made it out of satin instead of cotton knit and changed the shape a little to give it a newer feeling. I also gave her very white platinum blonde hair for a slightly more fantastical element.

A doll called “Maria Therese Barbie.” She was inspired by my sister’s wedding dress, which I also designed. Additionally I made the doll look as much like my sister as possible with the face paint and hair color, and her name is Maria Therese.

You designed for clothing brands before joining Mattel. How does it feel like designing for dolls?

It’s more fun. There are fewer limitations creatively and I can express myself in a much broader way because Barbie can be everything from a princess to an astronaut. The challenges come from the scale, which can be limiting. It’s sort of like designing in miniature but I have become pretty good at working around the size limitations.

With the current economic situation and reserved business activities, any chances for changes to Barbie’s glamorous image?

I think that true glamour is a spirit, or a frame of mind, and that regardless of the times, Barbie will always be glamorous. I think of someone like Jackie Kennedy and she was always perfect in a very understated way and I respond very much to that kind of glamour as well.

What do you think when people say Barbie has an unhealthy influence on children?

Being as popular as she is for so long, it’s inevitable that Barbie has to withstand criticism from people who choose to perceive her in a negative way. But when you think that Barbie is a doll, an inanimate toy that children play with in whatever manner they choose, I believe the criticisms say more about the people who make them than they do about a doll.