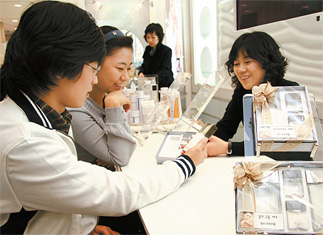 Women are still more likely to buy cosmetics for their male partners, but men are starting to buy for themselves, too. [JoongAng Ilbo]

Long hair. A clean cut. An unblemished complexion. This is the look that women like to see in men these days. So if you are a well-built, unshaven tough guy with a crew cut, you can forget about making it as a TV star for the moment.

The proof is in the ratings. The weekly KBS2-TV drama “Boys Over Flowers,” which revolved around four rich kids with “pretty boy” looks, drove women crazy and commanded a 30 percent audience share by the time the final episode was broadcast last month.

It’s no wonder that despite a pulverized economy in which media companies are scrabbling around for advertising revenue, the show, which was based on a manga from Japan, had few problems attracting sponsors.

How did such a feminine look for guys get so popular? For middle-aged men today, it’s a far cry from the definition of “cool” that was popular until fairly recently.

“They all look so girlie!” said Park Jong-sik, 38, a lawyer working in downtown Seoul. “They are thin like tin cans. And the hair! I can’t stand it! They look so pathetic!”

He is not the only one with such views. Kim Young-seok, 44, a retired military drill instructor, was equally appalled. “Sometimes I wonder how they can make it through boot camp.”

But such complaints fall on deaf ears, especially when this new look for men is raking in huge profits for the cosmetics industry.

Hyundai Department Store, one of the nation’s major retailers, announced earlier this week that it was planning to increase the size of its male sales staff.

In 11 stores around the country there are now 36 men selling cosmetics, up from 22 last year. 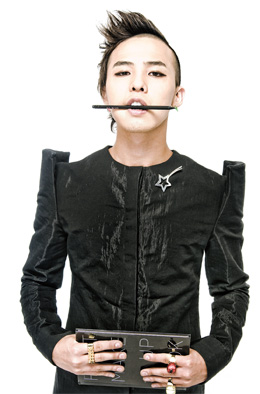 Department officials say getting more men behind the counter is a marketing tool catering to a rising need in their stores: Men feel less embarrassed talking to a male representative about their cosmetics needs, and women planning to buy items for their husbands or boyfriends think a male sales rep will have better insight into what to purchase.

“When we first started out I think there was some doubt even within the company whether there was any growth potential,” said Ahn Hyun-jung, a saleswoman in her fifth year at the Lab counter at Lotte Department Store.

In other words, few people could believe that one day the average male customer would forgo a splash of Old Spice and opt for brands geared toward men like Biotherm, Lab and Amorepacific and their full range of lotions, sprays, ointments, tonics, gels and creams.

“In the past, customers were embarrassed to ask for specifics about products. They wanted to buy things as quickly as possible and then disappear,” Ahn added.

Not anymore. These days, sales reps of both sexes face a barrage of questions every day from men hunting for the right eye cream.

Kim Young-su, who identified himself as an office worker in his late 20s, had just bought a product after a 30-minute consultation. 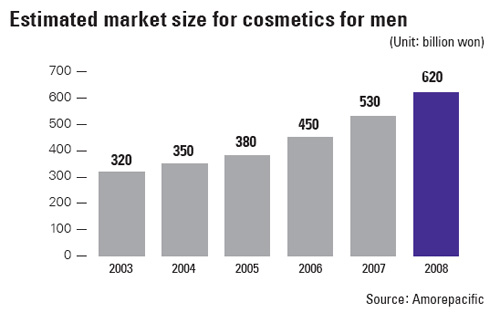 Why? He’s worried about looking old.

“I feel good because I know I am taking good care of myself,” he said.

Today, she sells five times that amount. Incredibly, her booth has the lowest sales volume among the 23 Lab stores around the country.

“Business is really good and we’re getting free trips abroad from the company as a bonus,” a beaming Ahn said, adding that the highest sales volume is generated by the company’s flagship store in the first floor of the department store, which typically posts sales of 100 million won per month.

A recent company survey revealed that military personnel who usually work outdoors were especially interested in the company’s products.

With such growth it’s no wonder that cosmetics industry officials are keeping a close eye on the male cosmetics segment, viewing it as the next golden egg.

“We actually think the pace of growth is slower than we expected,” said Lee Hae-jin, an official with Amorepacific, which produces male cosmetics lines such as Hera.

“The market started to take off in 2000 and I think a lot of has to do with the social changes. Before, if you looked clean people thought you were gay but now if you are well groomed, people think you have good manners,” Lee said.

However, 80 percent of total sales are still made by women.

“Our strategy is to get men to ask their girlfriends and wives to buy a product but our ultimate goal is to make them buy the products themselves,” Lee said.

That’s why Amorepacific is actively organizing grooming classes at college campuses and workplaces that teach men anything from the importance of skin care to how to dress in style.

Industry experts say a market that was worth around 320 billion won in 2003 stood at an estimated 620 billion won last year thanks to an average 17 percent growth rate over the past few years. 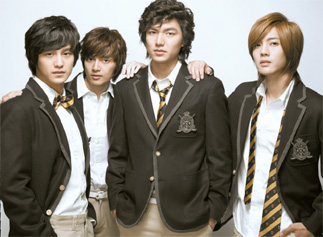 Considering that the overall growth rate for the cosmetic market stands at 3 percent, the numbers are staggering and one of the reasons top male actors such as Jang Dong-gun are featured in cosmetics advertisements. “Those who invested early in this market look pretty smart right now,” said Lee.

The total market share of the male cosmetic market is said to be around 10 percent while some predict that it could grow to as much as 20 percent, which is about the same as neighboring Japan, where the idea of feminine-looking men with long hair has been around for a long time.

The spillover to the cosmetic industry is also being felt in other sectors such as the plastic surgery industry.

In a recent poll by Saramin, a job search site, 31.3 percent of 1,342 people surveyed said they were willing to undergo plastic surgery in order to get a job.

More than half of the people polled believed physical appearance forms part of a person’s competitive edge.

For young females the approach taken by young males who groom themselves is just a simple way of looking clean.

“I feel good when my boyfriend looks clean,” said Lee Jee-seon, 26, a graduate school student. “I don’t want him to look in the mirror for hours but he has to look neat.”

While many South Korean male entertainers sport a feminine look, not much fuss is raised about that person’s sexuality, unlike in other countries such as the United States, something that scholars attribute to the fading lines used to define what constitutes being a man.

Despite the surge in some industries due to the changing perception, some scholars argue that the phenomenon does not mean a fundamental change in society.

“The current trend is nothing more than the introduction of an unfamiliar or novel image and it does not signify a boost in the social acceptance of female or homosexual culture as a whole,” Lim In-sook, a professor of sociology at Korea University, says in a study published in the Korea Journal last year.

“Rather, Korea’s consumption industry and mass media are merely sensitive to the changes in Western society that promote the image of the grooming male.”

For sure, the changes are centered on a man’s physical appearance. Ah Mi, a hair designer who works at a hair salon in Cheongdam-dong, southern Seoul, points out that men are wearing their hair much longer than before.

“My male customers like to have hairstyles for which you need longer hair. It used to be that men would come in and just say, ‘Give me a short back and sides.’ Now, they are very specific about what they want and I think that’s the biggest change. They are not afraid to say how they want to look.”