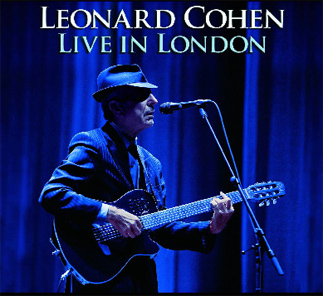 Most musicians in the pop and rock arena fade as they age, become parodies of themselves or simply an embarrassment - the Rolling Stones tick most of those categories.

But Leonard Cohen seems to grow in stature. The 73-year-old Canadian troubadour, best known for his complex exploration of religion, love and alienation, is on a roll.

The double-album “Live in London” contains classic Cohen tracks - if you’re a fan, you know the ones - but the highlight is the singer’s morbid wit and self-deprecating charm. He tells his adoring London crowd the last time he was in England was in the early 1990s when he was “60 years old, just a kid with a crazy dream.” What’s he been doing since? “Taking Prozac,” he says, and studying “deeply in the philosophies and religions, but cheerfulness kept breaking through.”

My album of the year, though I haven’t heard the new Dylan or Neil Young offerings, which both ride with Cohen in the top 10 best sellers on Amazon.com. By Michael Gibb