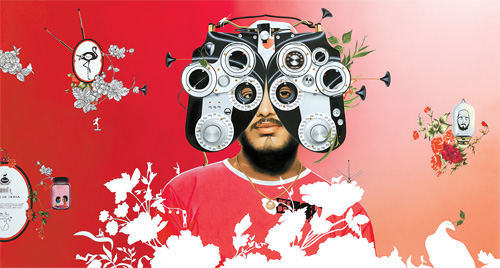 “Phantom IX-B” by Thukral and Tagra. Provided by the National Museum of Contemporary Art

Images such as these often come to mind when people think about India, which is the second-most populous nation in the world.
But they represent just a fraction of what this rapidly changing country is all about.

For a closer look at some lesser known aspects of Indian life and a look at the country’s more modern side, head out to the National Museum of Contemporary Art.

There, the exhibition “Open Your Third Eye,” promises to provide valuable insight into a country that for most people remains shrouded in mystery.

The third eye refers to bindi, a decorative mark or object worn on the foreheads of women in Southeast Asian nations, especially in India.

Indian women wear bindi to represent their marital status, but the decorative pieces are also used to symbolize one’s third eye, which is believed to give insight to the wearer.

India is somewhat foreign to a lot of us. “Many people don’t know a lot about today’s India because they associate the country with its ancient relics, but the country is undergoing dynamic change in many areas, including politics, the economy and religion,” said Kim Nam-in, the museum’s curator.

“Art works from India mirror these changes, from the chaos to the identity issues.”

The 27 Indian artists in the exhibition work in genres ranging from sculpture to drawing to installation art.

The museum is also offering other events for those who want to go beyond the art and get to know more about India. 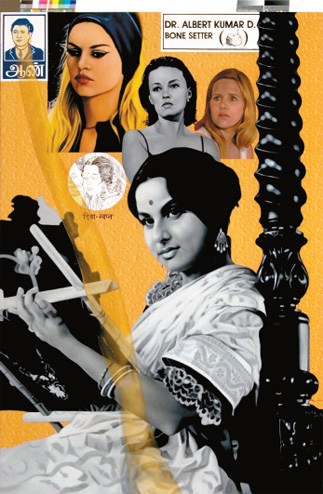 “Charu from Saptapadi: Scenes from Marriage” by Atul Dodiya.

In talks with the curator on April 17, 24 and June 5, the inspiration behind the works in the exhibition will be the subject of discussion. Five of the participating artists will also attend the session.

Every Friday in May, the museum offers five lectures on Indian religion, history, philosophy, art and myth.Visitors can also experience aspects of Indian culture through a number of activities and events. Visitors can try applications of bindi and henna, which was traditionally used to adorn women’s bodies. There will also be screenings of Indian films and performances of traditional Indian dance. 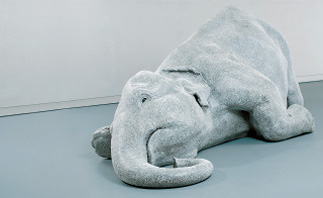 “The Skin Speaks a Language Not Its Own” by Bharti Kher.

“Open Your Third Eye” starts Friday, April 17, and runs through June 7 at the National Museum of Contemporary Art, in Gwacheon, Gyeonggi, near Seoul Grand Park subway station, line No. 4, exit 4. The museum operates a free shuttle bus from the station to the museum. For more information, call (02) 2188-6000 or visit www.moca.go.kr/index.htm. Admission for adults is 5,000 won ($3.80).